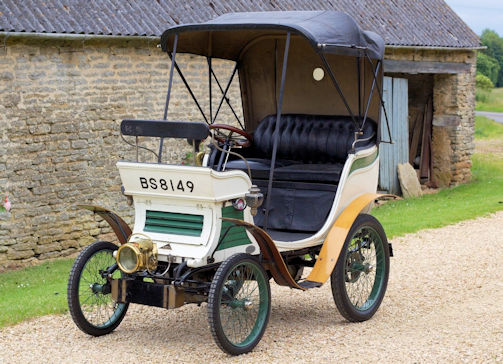 Les Ateliers de Constructions Automobiles LINON was a Belgian manufacturer of automobiles from Verviers . The brand name was Linon .

First known in the Verviers region for the manufacture of  the CYCLOPE brand cycles, The brothers André and Louis Linon began in 1897 with the construction of automobiles. The first models were licensed builds of the French company Gautier-Wehrlé .

As early as 1900, engines from De Dion-Bouton were used with 3 or 5 hp version, and a two or three speed gearbox.Later LINON engines that developed 7 to 20 hp.A total of 2000 copies were produced. Before the first world war from 1909 to 1914, the LINON range, produced 300 cars per year. But now also fitted with FAFNIR, BALLOT four cylinder engine options.

The cars had some great race success at the time but the war in 1914 ended the production.