Automotive manufacturer of Herstal;Belgium From 1900. 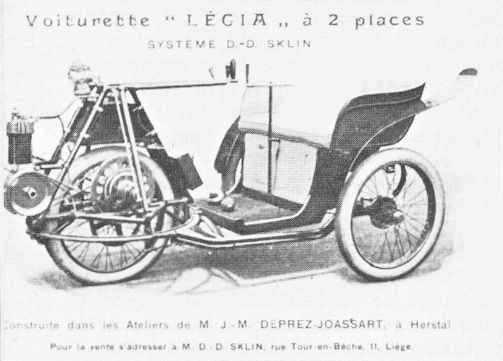 Legia was a short lived Belgian car brand from the early part of the 20th century.

The company Usines Deprez-Joassart from Herstal began in 1900 with the production of automobiles built at the bicycle factory in Herstal.

The model was a 3 wheel designed by DD Sklin. The drive was provided by a single-cylinder engine from De Dion-Bouton or Aster , which powered the single front wheel via a two-speed gearbox. The weight of the vehicle was 160 kg. The maximum speed was stated at 30 km / h. The selling price was 2300 Belgian francs .

In the same year the production ended.