Automotive manufacturer of Liege;Belgium From 1898 to 1903. 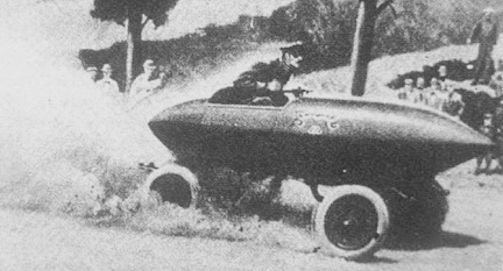 Jenatzy was a Belgian manufacturer of automobiles from the late part of the 19th to early part of the 20th century .

Camille Jenatzy from Brussels in 1898 electric vehicle this was a early four-seater back-to-back chain drive built car. Then in France also later collaborate in the construction of petrol-electric motors in 1901 and electric taxis.

Later as Jenatzy Martini with the arms manufacturer Martini from Liège (a branch of Martini from Switzerland ) agreed in 1903 a cooperation for the production of automobiles. The company produced the models 12/15 CV and 20/28 CV . Both models were gasoline-powered.

Also active in motor sport and early racing car development with a famous torpedo shape car, Around 1903 the production ended.