Automotive manufacturer of Belgium From 1906 to 1912 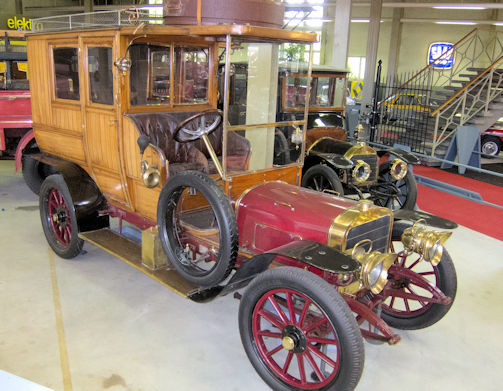 Fondu was a Belgian manufacturer of automobiles in the early part of the 20th century.

In 1906, the Usines Fondu from Vilvoorde started producing automobiles. Developer of the automobiles was the Swiss Julien Potterat . Potterat left the company in 1908 and went to Russo-Balt .

The first model was the 1 CHF , also called 20/24 CV , which was powered by a four-cylinder engine with 3770 cc displacement and had propeller drive.

Fondu also produced and sold parts to other automakers such as Elgé , FIF , Hermes , Linon , SAVA and Turner .Russo-Balt also made the model 24/30 CV under license.1921 ended production at Fondu.