Automotive manufacturer of Verviers;Belgium From 1894 to 1936. 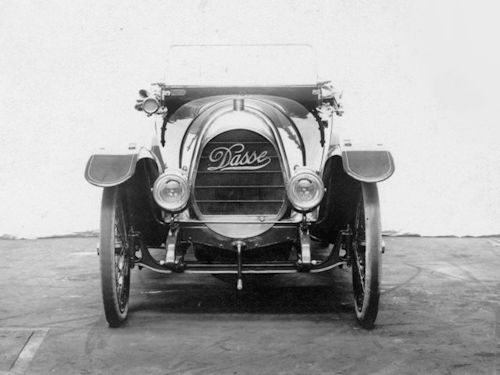 Automobiles Dasse was a early Belgian manufacturer of automobiles and later commercial vehicles from Verviers . The brand name was Dasse .

Gérard Dasse began in 1894 along with his sons Armand Dasse and Ivan Dasse the construction of cars. After some trials with tricycles that had a 2.5 hp horizontal single-cylinder engine , the first vehicle with four wheels was built in 1898 with belt drive and rear chain transmission.

In 1905 engines built under license by the German company DURKOPP under the name of DURKOPP-DASSE Until the First World War larger engines were used, from 1913 also a model with slide motor 15 hp . After 1921, production was resumed. From 1924 mainly commercial vehicles afer moved towards the construction of utility vehicles used for the Belgian army. In 1930 the car production ended.With its trucks and buses used untill 1936