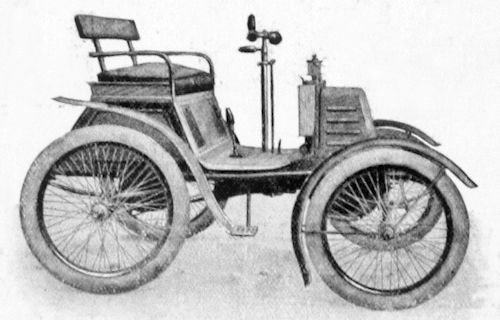 Vivinus cars were made by Ateliers Vivinus S.A. of Schaerbeek, Brussels.

The owner, Alexis Vivinus (1860-1929), had made bicycles in the 1890s and become an importer of Benz. From 1895 he started to make his own range of cars. These were belt-driven voiturette models with a 785 cc single-cylinder engine and 2-speed transmission by belt drive. 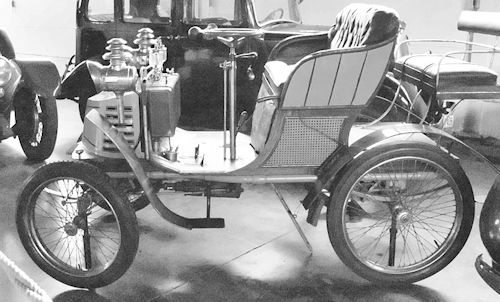 A 2-cylinder model that appeared in 1900 was fast as well, being capable of over 35mph. The Vivinus was very popular, not only in its native land but also in Britain, France and Germany, where it sold respectively as the New Orleans, the Georges Richard, and the De Dietrich. A second single, with a water-cooled De Dion was apparently offered at the same time. A 7hp water-cooled vertical twin with a a-speed gearbox and shaft drive brought the

2-cylinder design up to date in 1901, but in 1902 the Vivinus grew up into a modern 15/18hp 4-cylinder car with mechanically-operated inlet valves and
shaft drive. From then on, a variety of completely conventional, conservative twins, fours and sixes was listed. By the time production ceased the twins and
sixes had been dropped, and the range consisted of three 4-cylinder models, a 10/12hp, a 16/20hp and a 24/30hp.

From 1907 a range of more conventional 4-cylinder cars were made with shaft drive along with motorcycles and aero engines.

The company went into liquidation in 1912. The workshop was taken over by Fabrique Automobile Belge. Vivinus himself later joined Minerva.