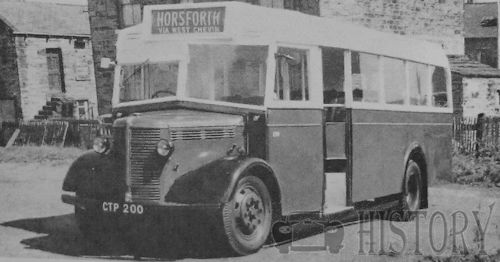 In order to ease the acute shortage of public service vehicles during World War Il, the Government authorised three chassis manufacturers to recommence production in 1942, to specifications laid down by the Ministry. The manufacturer chosen for single-deck chassis was Bedford, which introduced its O WB model in January of that year. This was basically a wartime version of its 0B model, launched in 1939.

Powered by a Bedford 27 34hp 6-cylinder petrol engine, it has a wheelbase of 14ft 6in and is of the forward control type. Transmission is via a single dry plate clutch and 4-speed gearbox with spur gears, to a fully floating rear axle. The brakes are of the vacuum servo assisted hydraulic type. Austere bodywork, designed to carry 32 passengers was built by a number of manufacturers to an almost identical design. 3,398 OWBs were built before

production ceased at the end of the war in 1945.