The Bedford SB was a front-engined bus chassis built by Bedford Vehicles in the United Kingdom. It was launched at the 1950 Commercial Motor Show as the replacement for the Bedford OB.

It was the first Bedford vehicle to have a "forward control" design, with the driver's seat located at the right of the engine and the front axle underneath. It used a four-speed synchromesh gearbox, with five-speed gearboxes offered later. It could be fitted with Bedford's own petrol or diesel engine, with the Perkins R6 and Leyland O.350 and O.370 engines also being offered during the 1950s and 1960s.

Wheelbase length was originally 17 ft 2in (5.23 m), but from 1955 an 18 ft (5.49 m) option was also offered. Bodywork was provided by a wide range of builders, including Duple, Plaxton, Harrington, Willowbrook and Marshall of the United Kingdom, Hawke Coachwork, Coachwork International and New Zealand Motor Bodies of New Zealand, and many more. 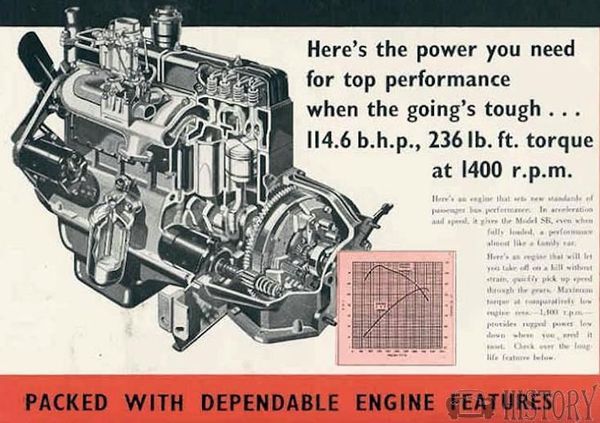 There were numerous variants of the SB, each determined by the engine fitted:

The SB was built for the UK market and export, and production spanned 37 years - longer than any other Bedford bus chassis - until the sale of Bedford Vehicles in 1987.

Versions of the Bedford SB exported to New Zealand were powered by the standard petrol or diesel engines, however, many were later powered by Leyland, Scammell, Cummins, Detroit, Isuzu, Mitsubishi, Gardner and GMC engines. While most retained the standard gearbox, many later ran with Eaton/fuller manual, Allison automatic or Daimler epicyclic gearboxes 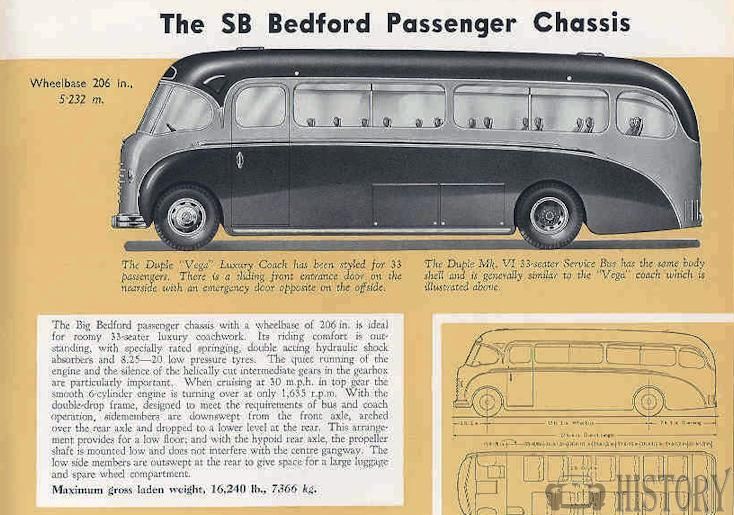