Also convertible versions are going to be produced in small numbers, according to the demand.

In June 2011 Lada announced that they will offer soon a version with a 90 hp engine, the weight will be reduced by 39% compared to the 98 hp basic engine. The engine will be more long-lasting with up to 200,000 km mileage.

In August 2011 a new version named Lada Priora CNG was announced. It is powered by gasoline and Compressed natural gas (CNG). The fuel tank capacity is also 43 liter and the four gas tanks 96 liter. The range with gasoline is 580 km and 330 km with CNG.

Base Prioras come with standard driver's side airbag and electric power steering. Since May 2008, Lada Priora offers a «Lux» package, which includes passenger airbag (and more recently front side airbags), seat belt pretensioners in the front seats, ABS and parking sensors. In addition, some packages add standard air conditioning with climate control, integrated audio with bluetooth handsfree, heated front seats, automatic headlamps and rain sensor. In April 2010, an optional multimedia system was added to the options list, followed by a navigation system in early 2011. On the other hand, automatic transmission and electronic stability control are not offered.

The car received a 1.6l engine with 16 valves and new transmission, designed to transfer torque of 145 N·m and a box set of closed transmission bearings with extended lifespan. 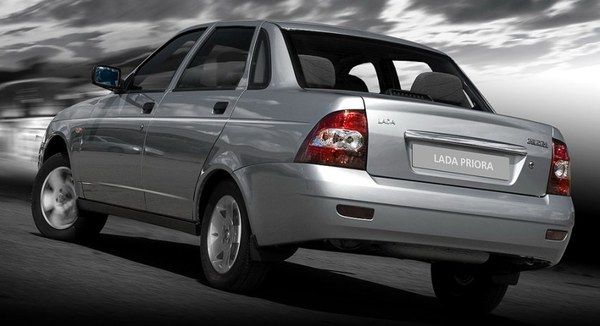