The Autobianchi Bianchina is a minicar produced by the Italian automaker Autobianchi, based on the Fiat 500. It was available in various configurations: Berlina (saloon), Cabriolet (roadster), Trasformabile (convertible), Panoramica (station wagon), and Furgoncino (van).

The car was presented to the public on 16 September 1957 at the Museum of Science and Technology in Milan. 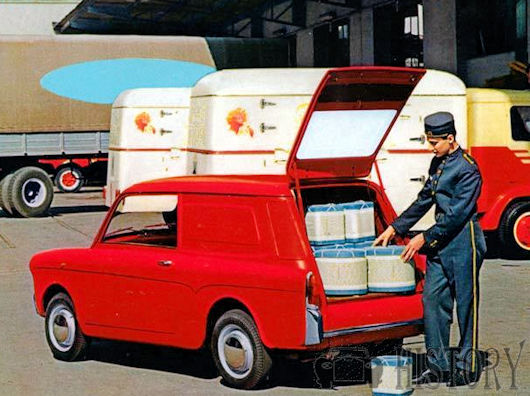 In the same year, the Trasformabile, whose engine cylinder capacity was increased to 499 cc (18 hp), was made available in a Special version with bicolour paint and an engine enhanced to 21 PS (15 kW). Transformabile featured fixed B-pillar and partial roof, as the rest of the opening was covered with foldable fabric hood. Cabriolet version had no B-pillar. Also this was the only version to feature suicide doors. In 1962, the Trasformabile was replaced by a four-seat saloon. The engine and chassis were the same as in the Trasformabile. 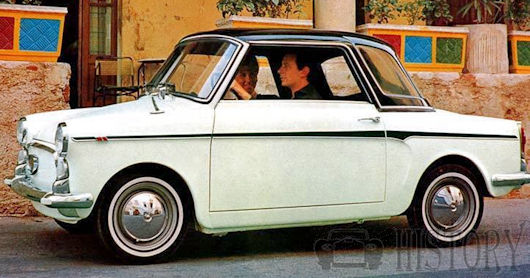 In 1965, a minor facelift was made. In France, the models were sold under different names: the Berlina became the Lutèce, the Familiare the Texane, and the Trasformabile was marketed as the Eden Roc. 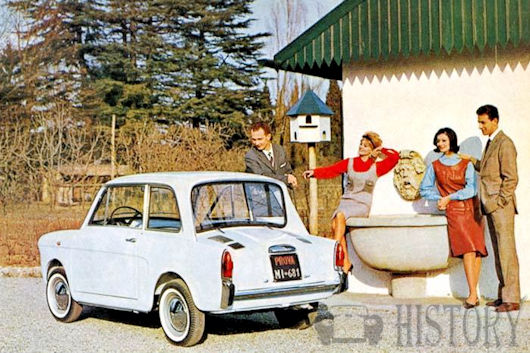