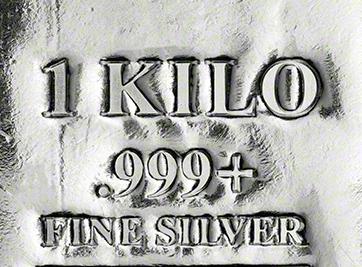 Some you will be familiar with others not so, here we explain then all with examples of use.

Before the official adoption of the yotta prefix, the multiple was also known as otta.

Zeta is evocative of the French numeral sept, meaning seven. Therefore it was used to denote the seventh power of 1000.

A prefix of the same value, hepta, was informally introduced a few years before the promulgation of zetta. It was formed from the Greek ἑπτά, (hepta), also meaning seven. Hepta never received official sanction and is obsolete. Zeta (Ζήτα) is the 7th letter of the Greek alphabet.

Tera is a unit prefix in the metric system denoting multiplication by 1012 or 1000000000000. It has the symbol T. Tera is derived from Ancient Greek τέρας (teras), meaning “monster”. The prefix tera was confirmed for use in the SI in 1960.

Giga is derived from the Greek γίγας, meaning 'giant'. The Oxford English Dictionary reports the earliest written use of giga in this sense to be in the Reports of the IUPAC 14th Conference in 1947: "The following prefixes to abbreviations for the names of units should be used: G giga 109×".

When referring to information units in computing, such as gigabit or gigabyte, giga may sometimes mean 1073741824 (230), although such use is contrary to standards and has been discouraged by the standards organizations.The binary prefix gibi has been adopted for 230, while reserving giga exclusively for the metric definition.

In English, the initial g of giga can be pronounced /ɡ/ (a hard g as in giggle), or /dʒ/ (a soft g as in giant, which shares its Greek root).

This latter pronunciation was formalized within the United States in the 1960s and 1980s with the issue by the US National Bureau of Standards of pronunciation guides for the metric prefixes.A prominent example is found in the pronunciation ofgigawatts in the 1985 movie Back to the Future.

According to the American writer Kevin Self, a German committee member of the International Electrotechnical Commission proposed giga as a prefix for 109 in the 1920s, drawing on a verse by the humorous poet Christian Morgenstern that appeared in the third (1908) edition of Galgenlieder (Gallows Songs). This suggests that a hard German [ɡ] was originally intended as the pronunciation. Self was unable to ascertain at what point the alternative pronunciation came into occasional use, but claimed that as of 1995 it had died out.

Mega is a unit prefix in the metric system denoting a factor of one million (106 or 1000000). It was confirmed for use in the International System of Units (SI) in 1960. Mega comes from the Greek μέγας, meaning great.

Other common examples of usage

When units occur in exponentiation, such as in square and cubic forms, any size prefix is considered part of the unit, and thus included in the exponentiation.

kilo is a unit prefix in the metric system denoting multiplication by one thousand. It has been used in the International System of Units where it has the unit symbol k, in lower case.

The prefix kilo is derived from the Greek word χίλιοι (chilioi), meaning "thousand". It was originally adopted by Antoine Lavoisier's research group in 1795, and introduced into the metric system in France with its establishment in 1799.

A second definition has been in common use in some fields of computer science and information technology, which is, however, inconsistent with the SI. It uses kilo as meaning 210 = 1024, because of the mathematical coincidence that 210 is approximately 103. The NIST comments on this confusion: "Faced with this reality, the IEEE Standards Board decided that IEEE standards will use the conventional, internationally adopted, definitions of the SI prefixes."

When units occur in exponentiation, such as in square and cubic forms, any multiplier prefix is considered part of the unit, and thus included in the exponentiation.

Hecto or hecta is a unit prefix in the metric system denoting a factor of one hundred. It was adopted as a multiplier in 1795, and comes from the Greek ἑκατόν hekaton, meaning hundred. Its unit symbol in the International System of Units (SI) is the lower case letter h.

It is rarely used, except in certain specific applications:

Deca- or deka- (symbol da) is a prefix in the metric system, also a numerical prefix, denoting a factor of ten. The term is derived from the Greek δέκα meaning "ten". Its symbol is the only SI prefix that uses more than one character.

The prefix was a part of the original metric system in 1795. It is not in very common usage, although the decapascal is occasionally used by audiologists. The decanewton is also encountered occasionally, probably because it is an SI approximation of the kilogram-force. Its use is more common in Central Europe: in German, Czech, Slovak and Hungarian, deca is common (and always means decagram).

Before the symbol was standardized as da with the introduction of the International System of Units in 1960, various other symbols were more common, such as "dk", "D", and "Da".

Deci (symbol d) is a prefix in the metric system denoting a factor of one tenth. Adopted in 1795, the prefix comes from the Latindecimus, meaning tenth. Its most frequent use is in the non-SI unit, the decibel, used to measure sound intensity (relative to a reference) and many other ratios.

Centi (symbol c) is a prefix in the metric system denoting a factor of one hundredth. Adopted in 1795, the prefix comes from the Latin centum, meaning hundred. It is mainly used with the metre to express lengths in centimetres, a common unit of length.

Milli (symbol m) is a prefix in the metric system denoting a factor of one thousandth (10−3). Adopted in 1795, the prefix comes from the Latin mille, meaning one thousand (the plural is milia).

Micro (µ) is a prefix in the metric system denoting a factor of 10-6 (one millionth).Confirmed in 1960, the prefix comes from the Greek μικρός (mikrós), meaning "small".

The symbol for the prefix comes from the Greek letter μ (mu). It is the only SI prefix which uses a character not from the Latin alphabet.

For historical reasons, there are two different characters in Unicode, which appear slightly different in some fonts. The micro sign (µ) is encoded in the "Latin-1 Supplement" range identical to ISO/IEC 8859-1 (since 1985), at U+00B5 (Unicode 1.0, 1991). The Greek letter (μ) is encoded in the Greek range at U+03BC. In circumstances in which only the Latin alphabet is available, the prefix can (unofficially) be represented using the letter u as in um for µm, or uF for µF.

In pharmacy, nursing, and other health care fields, most especially in hospital environments, the standard symbol for microgram, "µg", is deprecated because of the risk of misdose via the misreading of poor handwriting. The two alternatives are to abbreviate as "mcg" or to write out "microgram" in full, the latter being best practice (see List of abbreviations used in medical prescriptions). In physical sciences academia, "µg" remains the sole official abbreviation

Nano- (symbol n) is a prefix meaning a billionth. Used primarily in the metric system, this prefix denotes a factor of 10−9 or0.000000001. It is frequently encountered in science and electronics for prefixing units of time and length, such as 29 nanoseconds (symbol ns), 100 nanometres (nm) or in the case of electrical capacitance, 100 nanofarads (nf). The prefix is derived from the Greek νᾶνος, meaning "dwarf", and was officially confirmed as standard in 1960.

In the United States, the use of the nano prefix for the farad unit of electrical capacitance is uncommon; capacitors of that size are more often expressed in terms of a small fraction of a microfarad or a large number of picofarads.

When used as a prefix for something other than a unit of measure, as in "nanoscience", nano means relating to nanotechnology, or on a scale of nanometres.

Derived from the Italian piccolo, meaning small, this was one of the original 12 prefixes defined in 1960 when the International System of Units was established.

The femtometre shares the unit symbol (fm) with the older non-SI unit fermi, to which it is equivalent. The fermi, named in honour of Enrico Fermi, is often encountered in nuclear physics.

The unit multiple was adopted at the 12th Conférence Générale des Poids et Mesures (CGPM) in Resolution 8. It is derived from the Danish word atten, meaning "eighteen".

Examples of its use:

It was adopted in 1991 by the General Conference on Weights and Measures. It comes from the Greek οκτώ, meaning "eight", because it is equal to 1000−8. As of 2012, yocto is the smallest official SI prefix.

It can be used to state a subatomic particle's mass, for example: