White Smoke or Steam from the Exhaust Pipe 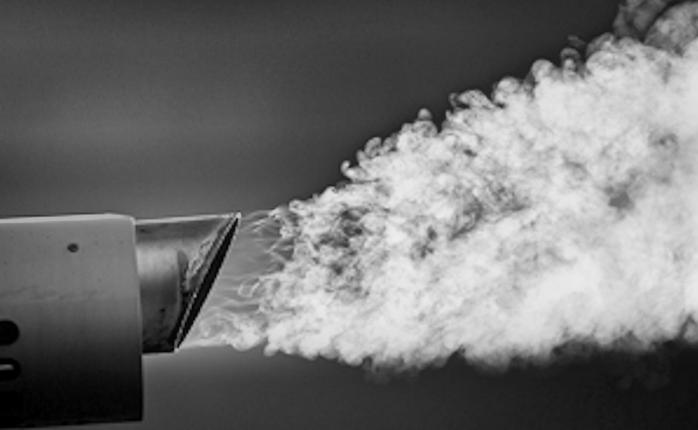 White smoke or steam is a natural by-product of the engine combustion process. As the engine and exhaust system heats  up the steam is completely dissipated before it exits the exhaust system, becoming  undetectable. The amount of steam produced from the tail pipe while the engine is cold varies due to outside temperature and humidity. Although if a massive amount  of white smoke or stream is present even long after the engine has been warmed up  this could mean you have a problem.

Coolant/antifreeze is used to cool the engine during normal operation. If coolant is allowed to enter the combustion chamber,  the engine will burn the coolant creating white smoke and steam. When this white  smoke/steam is being produced it will be accompanied by a sweet, pungent odor. This  will be accompanied by engine coolant  loss with no visible leaks. There are four reasons engine coolant will enter  the combustion chamber.

Step 2 - Inspection - Anytime you have coolant in the combustion  chamber and the intake gasket is ok, the engine must be disassembled to locate the  failure. These options are not so pretty. There are three remaining causes for coolant  to enter the combustion chamber and all require engine dis-assembly. This can be  tricky because the repairs overlap and it is difficult to tell which one is causing  the problem before dis-assembly. For example: A repair shop has told you the cylinder  head is cracked, and as they start dis-assembly they can discover it was the intake  manifold gasket that has failed. It's up to the honesty of the repair shop to alert  the customer the repair will be  less.

Or the opposite can happen, example: A repair shop has told your engine has  a blown head gasket, once the dis-assembly is complete they inform you the head  gasket is ok, and the cylinder has been pressure checked and is ok. This only leaves  the engine block as the failure and must be replaced to repair the problem, and  that can be costly. If the head gasket has failed, be sure to have the head pressure  tested to be sure it is "okay" internally and surfaced to be sure it is flat so  as to mate evenly with the engine block.