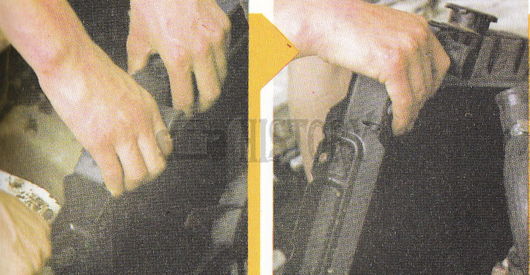 The vehicle's radiator is the component that removes heat from the engine through thermal heat exchange. It is usually located in the front of the vehicle under the hood. The engine creates heat from the internal combustion that continuously occurs inside the engine; this heat is transferred to the engine coolant, then circulated through thethermostat then to the radiator. Inside the radiator there are many small tubes with cooling fins attached that allows the coolant to be cooled and then returned to the engine in a continuous cycle. Radiators are mostly made of two plastic tanks and an aluminum core. When aradiator leaks coolant it should be replaced in most cases. This can cause the engine tooverheat and produce serious engine damage.

Before you start this repair park your car on a flat surface with the engine cool. Set the parking brake and insert the transmission into the park position.

The thermostat housing is where the thermostat resides; it is connected to the radiator upper tank. The system is filled and checked at the radiator cap. The radiator is held in place by the radiator holder brackets and is usually near the top radiator tank. Some radiator configurations may vary in appearance but the concept is the same. 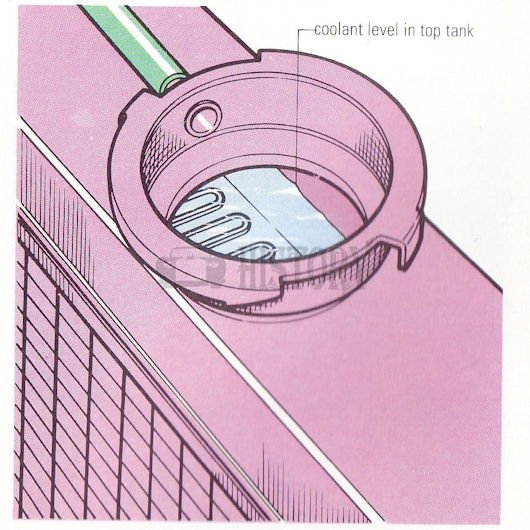 (Bottom View) After the coolant has drained completely, locate lower hose connections to remove clamps and hoses. If your vehiclehas lower radiator mounts or cooling fan mounts, remove those bolts also. NOTE: (The cooling fan bolts are optional. Sometimes it is easier to disconnect the wires to the cooling fans and remove the cooling fans with the radiator.) 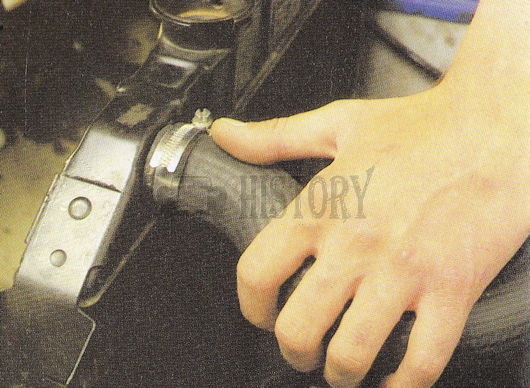 After all previous steps have been completed; inspect the general area of the radiator making sure all other obstructions have been cleared. Next, lift radiator from vehicle removing the cooling fans if needed.

After removing the radiator from the vehicle, inspect the unit for mounting hole location and other key mounting brackets. Now you are ready to install the new radiator.

Remove the radiator from the shipping carton and inspect it thoroughly for damage. Make sure all mounting holes are in the correct location and the overall size is correct.

Replace the thermostat when changing a radiator
Flush the cooling system and install new coolant to protect gaskets and internal engine parts.
Replace upper and lower radiator hoses with new clamps
Inspect the cooling fan operation
Clean the fins in the air conditioning condenser with a garden hose
Inspect and remove debris such as plastic bags in front of the car grill area
Inspect serpentine belt and replace as needed