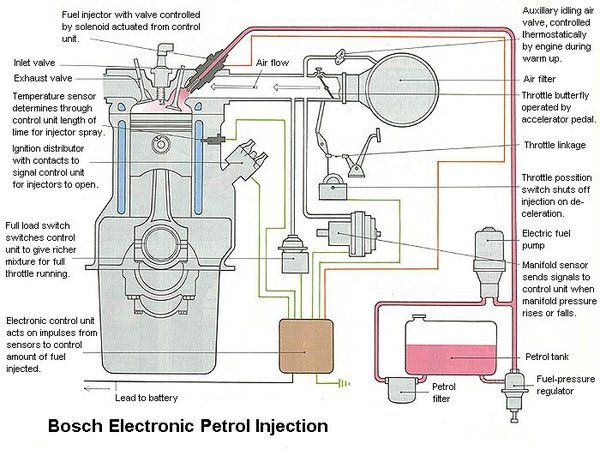 Your car's engine depends on constant  fuel under pressure to supply the fuel injection system properly.  Your car's fuel pump performs this  action and is located in or near the gas tank. The injection system meters fuel  through the fuel injectors and  into the engine . Many engine run ability problems can be related to a weak or failing fuel pump.  Problems can range from hard starting  in the morning, low power and stalling while driving. Most vehicles have  a fuel pressure test port somewhere on the fuel rail, use a flash light to locate  it on your engine or consult a car repair manual.

With the engine off remove the protective cap and attach the fuel pressure gauge.  Support the gauge for observation; now turn the key to the on position. The fuel  pressure gauge should jump up to your system pressure, in most cases 45 p.s.i. to  55 p.s.i. is standard in port injection system and 14 p.s.i. to 18 p.s.i. in TBI  (throttle body injection) systems. When testing fuel pressure may vary slightly  but should be pretty close to spec. To find exact pressure for your car  consult  a car repair manual. (Note: Some cars do not have a test port; in this case you  must use a fuel filter bypass hose to "tee" the fuel pressure gauge in for testing)

Testing for a Blown Fuel Pressure Regulator Diaphragm. A fuel  pressure regulator is used in the fuel injection system. This component regulates  fuel system pressure by using a diaphragm and spring combination. When the fuel  pressure regulator diaphragm ruptures it allows raw fuel into the vacuum feed line  and then into the intake system of the engine. This condition creates a rich black  smoke from the tail pipe on start up and while running. 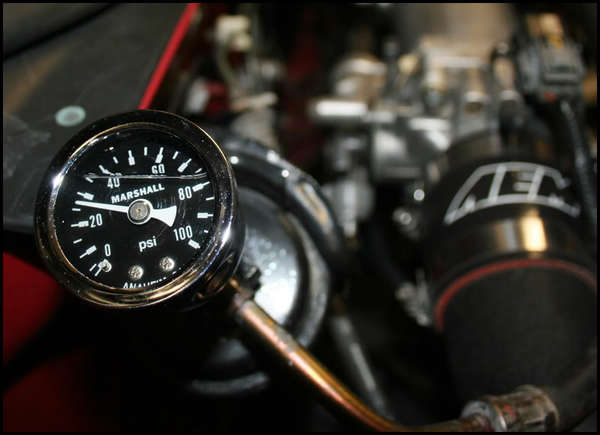 Step 1 - Check pump performance, while observing the gauge rap  the throttle, the gauge should move up about 5 p.s.i. if the gauge moves down you  have a bad fuel pump or a plugged fuel filter, remove the filter for inspection,  if it's ok, replace the fuel pump with new and re-test system.

Step 2 - Check the fuel pump and pressure regulator while the  engine is running. Start the engine and allow it to idle, while observing the gauge  remove the vacuum line, the gauge needle should move up about 5 to 10 p.s.i., if  the gauge stays the same when the vacuum line has been removed the regulator is  bad and needs replacement.