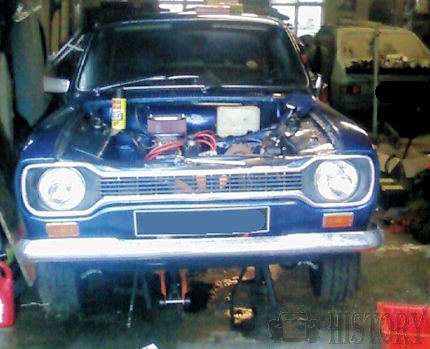 Steam is the cause of many electrical problems after an engine has been cleaned.  Try to inspect the engine yourself to get an idea of where the oil is coming from.  This will help you estimate the repair if you are going to have the oil leak repaired.  Oil leak repairs can vary greatly so it's best to get a second opinion if the repair  estimate is extreme. Use a flash light to pin point the source of the leak, then  formulate a plan to repair it. When inspecting for engine an oil leak always start  at the top of the engine and work your way down. We have listed common causes for  oil leaks below. 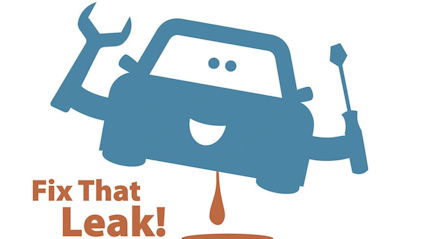 Step 4 - The valve train inside the engine is covered by valve  covers, these covers are sealed to the cylinder head with a valve cover gasket.  When this gasket ages it can become brittle and crack allowing engine oil to leak  out. Sometimes a valve cover can become loose over time. Fit a socket or wrench  over the valve cover hold down nuts or bolts. Try to rotate the socket or wrench  counter clockwise, it should be snug. If the mounting bolts or nuts are loose tighten  and recheck. If the hold down bolts or nuts are tight and the valve cover is still  leaking the gasket needs to be replaced.

Step 5 - This step is for V12, V10, V8 or V6 engines  only, The  intake manifold is mounted to the cylinders heads with a seal between the engine  block and intake manifold. These seals are located at the front and rear of the  intake manifold. Over time theses seals can age causing them to deteriorate and  leak motor oil. Unfortunately there is no easy fix for this condition, the intake  manifold must be removed and the seals replaced to repair this problem.

Step 6 - An engine is designed with a number of shaft seals  depending on the type of engine it is. Atiming belt style of engine has  more shaft seals than a non-timing belt engine such as cam and balance shafts. All  engines have front and rear crankshaft seals. These seals are designed to ride against  a turning shaft without allowing oil to pass through the seal. Engine heat can cause  these seals to become brittle; as a result the rubber lip contained in the seal  will fail allowing oil to exit the engine. Depending on the location of the seal,  replacement procedures can vary from removing the transmission to disassembly of  the engine front

Step 7 - Timing chain style engines  have timing chain covers that are sealed to theengine block using a gasket. With  time this gasket can become weak allowing engine oil to leak. If after inspection  this is the case with your engine, the only remedy is to disassemble and remove  the timing chain cover to replace the gasket.

Step 8 - Some engines are designed with an engine oil adapter  that seals to the block with a gasket or "O" ring seal. This adapter is what the  oil filter screws onto. Heat can cause the seal or gasket to fail, once a failure  has occurred replacement of the seal or gasket is required.

Step 9 - Most engines are equipped with a distributor drive  port where the distributor  or sealing plug is mounted. If the "O" ring seal fails it will allow engine oil  to leak out under pressure. If this is your engines oil leak the "O" ring seal must  be replaced to repair the problem.