How to remove a Car Alternator

The  alternator is  bolted  to  the side  of the engine and  is driven by the  drive  belt.  Most alternators  are quite easy to remove but on some transverse engines it is fitted at  the  back clos  to
the  bulkhead  where It is tricky to reach.
Before  attemptinq  to remove the   alternator first  undo the battery   earth  strap.  Then  locate the  electrical connector which is usually a  plastic  multi- connector plug  that pushes  into the rear  casing  of the alternator (fig   1). The connector  should pull straight out but  it is oftentiqht  and  will need a firm  tug. Some connectors are  also  held by  a metal  spring   clip  - so look closely before using  too much force  and  if one  is fitted  lever it to one side with a small screw- driver    and  then carefully pull out the plug. 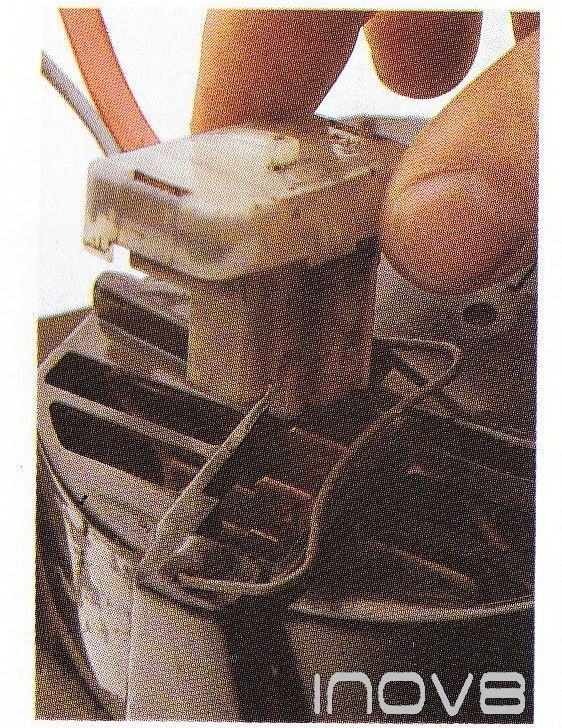 1. Pull out the alternator mutiplug

Some alternators have  bolt-on connections  (fig 2) -  before  you remove  them make a note  of their positions  and then undo the  bolts  and  pull   the connections  out of the way.
The alternator   will  be held  by two  or  three   bolts,   depending on   the   type.    Sometimes  the alternator pivots  on one  or two bolts  from the bottom,  whereas others   pivot from the  top.  In all cases  there  is  a slotted  bar which  allows  for adjustment  of the generator  drive  belt and this needs to be undone  together with the pivot bolts. 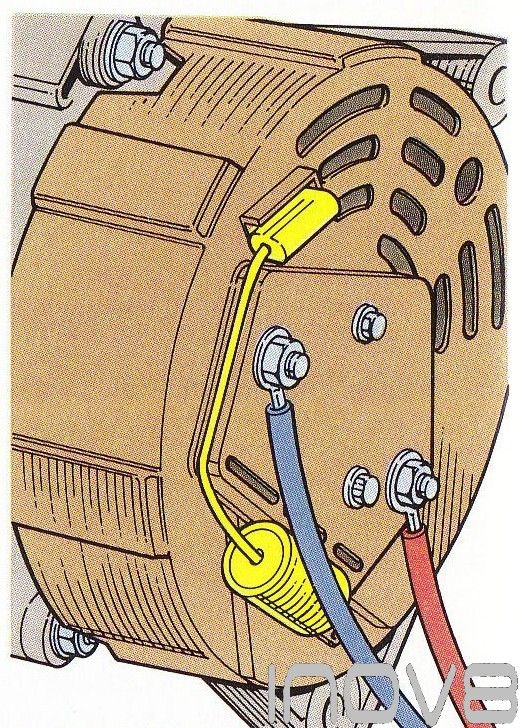 Loosen   the  bolts  but  do  not take   them   out   just   yet.   Push the alternator in  towards the engine and  lift the  belt  out  of the  groove  in the  pulley.  Then,supporting the  alternator  with one  hand,  take out  the  fixing bolts one  at  a  time,  making   a note of any washers  or spacers which   are   fitted.  With all  the bolts removed,  lift the alternator out of the  car. To avoid  losing the fixing  bolts put them back  in to   their holes on the fixing brackets.
Before you do any work  on the unit clean off any road dirt with a meths soaked  rag..

To Re-Fit The Alternator

Support  the  alternator and  fit all the  mounting bolts  and  the  adjuster  bar  finger tight.  Some alternators  have an adjust-able  spacer tube  in  the rear mounting  bracket
which must  be  tapped to the  correct position   before   you  tighten up the  bolts.  If   you, do  not do  this you   can    snap    the   mounting bracket as  you  tighten  up  the fixing bolts.
Once  you  have  checked  the drive  belt is not frayed  or damaged,  fit it round  the pulleys and  adjust   the alternator  until you can  feel  roughly  1/2  in. play in
the belt.Finally, refit   all the electrical connections to the alternator making sure that they  are clean and tight then refit the battery leads.