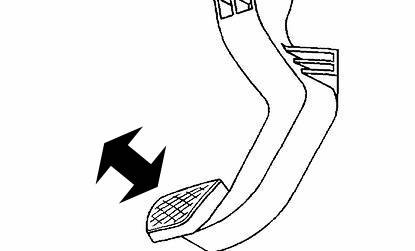 In a gearbox with neutral between each gear, a typical shift actually involves two gear changes, once into neutral, and again into the next gear. During any shift, disconnecting drive components via a clutch properly unloads the engine and transmission of undue pressure applied by the opposing components. Fully utilizing the clutch for each shift out of, and then into each gear is double (de)clutching. Due to the absence of a neutral spacing, double clutching is ill-advised for sequential gear changes, as in a fully sequential gearbox such as a typical motorcycle.

Before the introduction of transmission synchronizers (in the 1920s) and helical cut gears, double clutching was a technique required to prevent damage to an automobile's gear system (except for cars like the Model T with a planetary gearbox). Due to the difficulty and most often unnecessary redundancy involved in learning the technique, coupled with the advent of synchronized gearing systems, it has largely fallen into disuse. However, drivers of large trucks often use the double clutching technique when unable to keep the transmission unloaded during shifting, as large vehicles are usually equipped with older, simpler and more durable unsynchronized gearboxes.

The purpose of the double-clutch technique is to aid in matching the rotational speed of the input shaft being driven by the engine to the rotational speed of the gear the driver wishes to select (directly connected to rotating wheels). When the speeds are matched, the gear will engage smoothly and no clutch is required. If the speeds are not matched, the dog teeth on the collar will "clash" or grate as they attempt to fit into the holes on the desired gear. A modern synchromesh gearbox accomplishes this synchronization more efficiently. However, when the engine speed is significantly different from the transmission speed, the desired gear can often not be engaged even in a fully synchronized gearbox. An example is trying to shift into a gear while travelling outside the gear's speed or directional range, such as accidentally into 1st from near the top of 2nd, or intentionally from reverse to a forward gear whilst still moving at speed.

Double clutching, although time consuming, eases gear selection when an extended delay or variance exists between engine and transmission speeds.

Although double clutching is a testing requirement when obtaining a commercial driver's license, most experienced truckers learn to shift gears without using the clutch. This is known as float gears, which thus eliminates the clutch except during starting and stopping. Skip shifting is when a gear is left out, usually on an upshift, for example shifting 2-4-6 while accelerating with the help of gravity down a hill. This technique saves unnecessary shifting work and saves fuel.

Conversely, in order to shift down, engine RPM must be increased while the gearbox is in neutral and the clutch is engaged. This requires the driver to slow the vehicle sufficiently, shift into neutral, apply throttle to bring the RPM up to a suitable speed, and finally shift into gear. This operation can be very difficult to master, as it requires the driver to gauge the speed of the vehicle and throttle to the intended gear accurately; vehicle weight and road gradient are important factors as they influence the vehicle's acceleration or deceleration during the shift. Double clutching is when the clutch pedal is depressed while shifting to neutral to match engine speed to the intended gear and vehicle speed, and again depressed for shifting into gear.

Sometimes, truck drivers use the engine brake to help match the engine speed to the gear. The most common situation is with a loaded vehicle which has no split gears or half gears in the lower range, from gears 1-4. In this case, it is especially difficult and sometimes impossible to get from 1 to 2, and sometimes even from 2-3 while starting on a hill. The problem is that by the time the engine speed has dropped sufficiently to enable a shift into the higher gear, the vehicle will have slowed down too much or possibly even stopped, making the shift impossible. The engine brakes, which on some models can be set to different intensities (retarding variable numbers of engine cylinders) enable a shift by dropping the engine speed quickly enough to catch the higher gear before the vehicle has decelerated too much. This technique, sometimes called "jake shifting", requires high skill and much practice shifting without the clutch, and is usually not recommended among truck drivers because mistakes can cause damage to the transmission.

Proper heel-and-toe technique aids both slowing the vehicle while at the same time accelerating the engine for a matched downshift. Note that neglecting to rev-match in any downshifting scenario can be extremely dangerous, especially in low-traction conditions. Heel-and-Toe may be used with any type of gearbox when simultaneous braking and downshifting is necessary. Though difficult, mastering the heel-and-toe technique in conjunction with necessary clutching is essential for high performance driving (e.g., rally racing) to stay in the optimal gear regardless of the simultaneous braking, accelerating, and clutching required for shifts. This allows the engine to stay in the RPM "powerband" and allows one to drive as fast as possible. Left foot braking while accelerating the engine with the right foot to accommodate downshifting in a clutchless situation accomplishes the same feat.

The purpose of the heel-toe-double-clutch is to downshift into the correct gear, and thus optimal engine RPM, for exiting the corner while placing the least wear and tear on the entire drivetrain. Note that racers will sometimes skip gears during downshifts depending on the vehicle speed. With double-clutching there is no need to shift through every gear when significant velocity has been lost.