Automotive manufacturer Atzgersdorf, Austria From 1921 to 1931 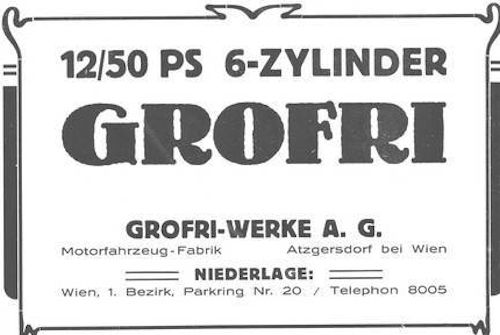 Grofri was the name given to Austrian automobiles that were produced between 1921 and 1931 in the automobile factory of Grofri-Werke AG, founded by Robert Gross and Leopold Friedmann, in Atzgersdorf near Vienna .

First, large cars were built with six-cylinder engines. From 1924 also small cars, which was manufactured under license of the French Amilcar .

The sporty cars were equipped with four-cylinder engines with SV valve control, which had more than 903 cc or 1047 cc. There were also racing versions, some with Roots compressor . These race cars took part in several mountain races and also achieved appealing successes. 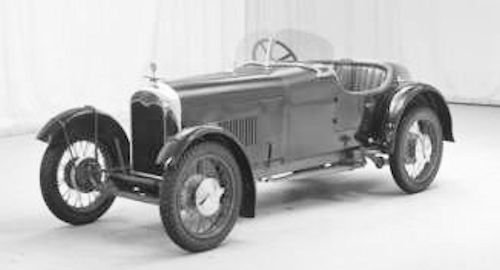