Automotive manufacturer Vienna Austria From 1952 to 1954. 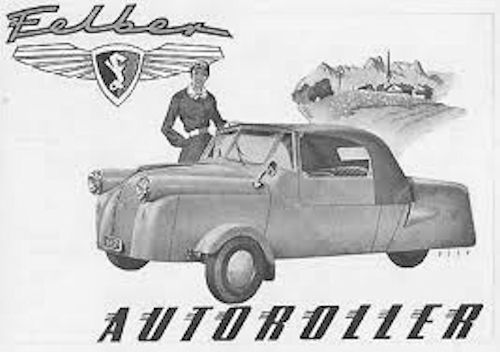 Felber was an Austrian manufacturer of small automobiles from the 1950s .

The company A. Felber & Co was a well-known manufacturer of motorbike sidecars from Vienna and started in 1952 with the production of automobiles. In 1954 production ceased. The designer was Ernst Marold. The company Felber was for a long time as a dealer of three-wheeled vehicles such as Heinkel , Trojan and Reliant active. The main business, however, was the production of "Austromat" industrial washing machines. 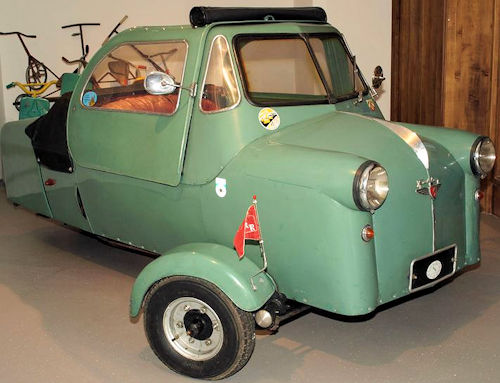 The only production model was a tricycle with the single wheel at the back. The used two-cylinder two - stroke enginefrom Rotax had a displacement of 398 cc and drove the single rear wheel. The vehicle had no doors. For getting in and out, the roof and side windows could be folded back in one unit. About 400 copies were made. 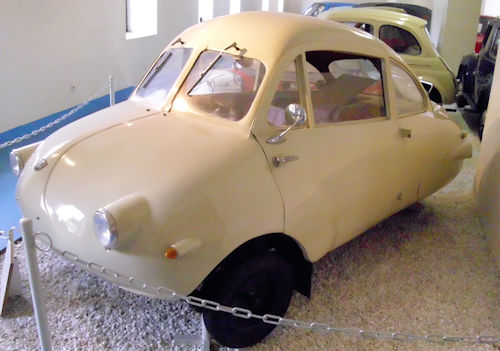 The bodywork company Hofmann & Moldrich from Vienna produced between 1953 and 1954 on chassis of the Felber Autoroller ten or twelve copies of a coupe called Möve , which resembled the Fuldamobil .

The only surviving gull is the Aspang Automobile Museum in Aspang Market .