Automotive manufacturer Vienna ,Austria From 1948 to 1960. 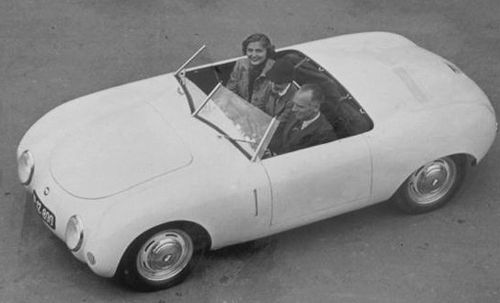 Denzel was an Austrian manufacturer of automobiles in Vienna,

Wolfgang Denzel was already active in the automotive business before the Second World War . 1948  He started in his company at the Gumpendorferstraße 19 in the 6th district of Vienna with the development and production of automobiles. the company was initially called WD equipment .

In 1953 he presented vehicles for the first time at the Geneva Motor Show in Geneva . The brand name was first WD and 1957 Denzel . 1960  ended production.

The company is currently operating as Wolfgang Denzel Auto AG in Austria in the sales and import of motor vehicles. Among other things, the company imported vehicles of Hyundai Motor Company and Mitsubishi Motors in 1978.

Wolfgang Denzel of Vienna only really achieved respectability for his little rear-engined sports cars by driving one of the cars to outright victory in the 1954 French Alpine Rally, for it was, in truth, something of a 'special', using many V W and Porsche parts. It was very much like the Porsche in appearance, which was reasonable as it used similar wheels, suspensions, and engine/transmission layouts. All Denzels were two-seater sports cars, and were constructed on the basis of a tubular steel chassis frame having round and square section tubing, with V W Beetle torsion bar front suspension and swing-axle torsion bar rear suspension.
Although there was really no such thing as a 'standard' Denzel (most were built to special order, to a client's requirements), they tended to use 1.3-litre or 1.5-litre
V W/ Porsche/ Denzel engines of which the most powerful was an 85bhp unit. Even in 65bhp 1.3-litre guise, a Denzel could still achieve 100mph.

The company produced sports cars based on Volkswagen chassis.  Used in the first models Denzel many parts from the VW Kübelwagen such as the chassis.

The doorless body of the four-seater was made of wood . The engine developed by means of two carburetors 33 PS . Shortly thereafter, the platform of the frame VW Beetle . The drive was provided by four - cylinder boxer engines from Volkswagen. In many vehicles Denzel optimized the engine. So the displacement was often increased to 1281 cc or 1290 cc.  These motors contributed up to 64 hp.Over time parts of the original VW engine replaced by own parts.

The models from 1951 or 1952  were given a lighter tubular frame chassis. The bodies were now made of aluminum , which also meant a weight saving. In 1954, an engine with 1500 cc capacity was available. By 1956 consist of Roadster and Cabriolet .

The  vehicles range made up the following three models: 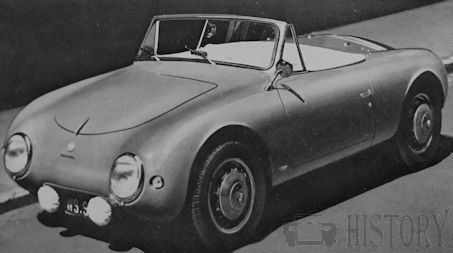