The Austin Seven Ulster was a British sports car from the late 1920s used for racing.

The basic elements Of the Seven were  retained a simple chassis frame and suspension units, on a lowered chassis with  the lack of doors and boat tail rear end. The wings and windscreen could be removed for racing.

Of all the touring cars which spawned successful competition variants perhaps the diminutive Austin Seven was the most humble. with its FN motor-cycle-derived engine producing only 13hp and a chassis frame similar to that of the Peugeot 'quad', this unprepossessing little model at least offered four-wheel brakes.

At only 747 cc side-valve two-bearing crankshaft engine the Austin Seven was eligible for the 750cc competition class, in which it faced little opposition. Herbert Austin saw the opportunity for competition prestige on which to sell his production model, and as early as 1924 his company offered a Sports Model Seven with pointed tail, 9601b weight and 52 mph.
E. C, Gordon England 'breathed' upon the Sports Model Seven to great effect, producing 55 mph 'Cup' model, and then a very Spartan but rapid road-racer which he named th Brooklands the A Cozette supergharged

Sports model was introduced by Austin themselves in July 1928, offering 33 bhp and no less than 70mph.

In the 1929 Tourist Trophy at Ards in Ulster Ierland Captain Archie Frazer-Nash finished third on handicap in one of these cars behind Rudolf Caracciola's 7.1 -litre Mercedes- Benz and Giuseppe Campari's 1.5-litre Alfa. 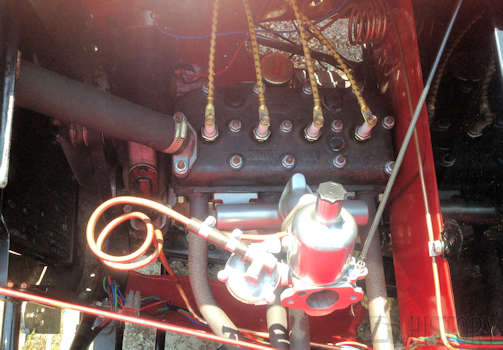 In 1929 the Austin Seven Ulster was made available to the public in supercharged and unsupercharged forms fitted with revised cylinder head and uprated cooling system, and in the words of one sports car expert, 'serious attention was given to the normally unconventional roadholding of the car and the brakes were also caused to work' coupling together the four-wheel brakes, which had formerly been activated up
front by the foot pedal and at the rear by a hand-brake. The little 747 cc engine would rev to 5000 rpm and with a close-ratio three- speed gearbox and weight as low as 1200 lb top speed was way above 70 mph. 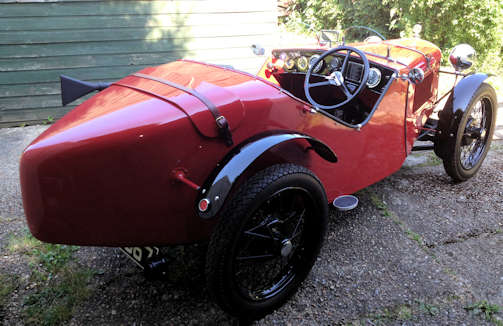