The Austin A90 Atlantic was a British car produced by the Austin Motor Company, launched initially as a sporting four seat convertible. It made its début at the 1948 Earls Court Motor Show in London, with production models built between spring 1949 and late 1950. The two-door sports coupé followed a year later; it had been previewed at the 1949 Motor Show and was in production at Longbridge between 1950 and 1952.

The Atlantic was one of the first post-war cars engineered from scratch by Austin, and was said to be styled from a thumbnail sketch by Leonard Lord, then Chairman of Austin and later the British Motor Corporation (BMC) — though in truth the styling was more likely the work of resident Italian Austin stylist Dick Burzi.The car was almost certainly influenced by a 1946 Pininfarina-bodied Alfa Romeo cabriolet, which just happened to end up at the Longbridge factory in mid-1947, a few months before the light blue 16hp sports prototype made its first appearance in the experimental department and on nearby roads around the factory. A rare edition was a coachbuilt estate car, regularly seen in the 1950s used by a convent in Leith, Scotland. The car had a lifting rear door, and sported then unusual curved perspex roof panels.

With the then Government edict of "Export or die" and steel allocated only to those who generated much needed dollar revenue, the Atlantic was designed specifically to appeal to North American tastes (certain aspects look like a 1949 Mercury and the bonnet (hood) brightwork looks similar to the Pontiac Chieftains of this era). The car featured up-to-the-minute detailing, with a wrap around windscreen, composed of a flat glass centre section with, tiny curved end panels. The front wings (fenders) sported twin 'Flying A' hood ornaments and swept down to a rounded tail, with spats enclosing the rear wheels. A centrally mounted third, main beam, headlight was built into the letter-box style air intake grille, and the then unheard of luxury of hydraulically powered windows and hood (convertible top), "flashing indicators" (blinkers) rather than trafficators, (for the United States market at least) and the option of EKCO or HMV Autocrat radios. The range-topping Austin was offered in a variety of "jewelescent" colours with names like 'seafoam green' and 'desert gold' but few of these brave new metallics were sold in the UK market. The convertible, a three window, drophead coupe had a simple fabric top, without rear quarter lights (opera windows), which butted up to the rear of a rather thick windscreen header rail. The fixed head, five window, Sports Coupe (hardtop), could be had with its roof painted or covered in fabric. This gave it the popular 'drophead or cabriolet' look; all the style with no leaks. Many photographs of this car are wrongly titled, due to observers confusing the fabric covered hardtop for a convertible. As its final party trick, the centre section of the three piece, wrap-around, rear window, could be lowered into the boot (trunk), for added ventilation by a remote winder above the front windscreen. Few people in the car's native Britain would have ever seen anything like the futuristically-styled Atlantic before, and certainly not from a conservative mainstream manufacturer like Austin. The radical Atlantic suffered, however, from the dramatically new Jaguar XK120, also launched at the 1948 Motor Show.

Out of a total production run of 7,981, 3,597 were exported, 350 of which were to the US. This low level of sales in the US was despite a huge focus by Austin, including a successful attempt at breaking 63 stock car records at the Indianapolis Motor Speedway in April 1949 by Alan Hess, Charles Goodacre and Dennis Buckley)and a US$1000 price reduction in 1949, the four-cylinder 2.7-litre couldn't compare in power output to native V8 engines — although, for its time, performance was strong. A few were also used in civilian versions of the Austin Champ. 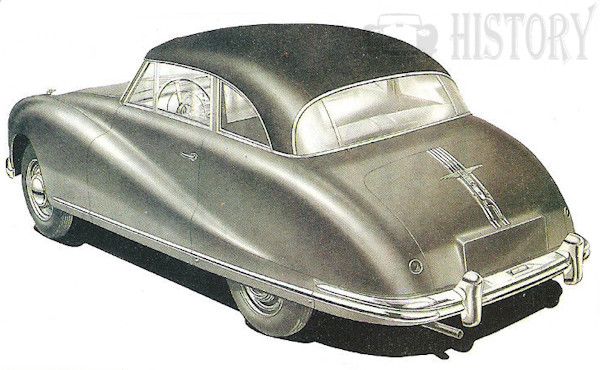 The handling was average, but adequate for the era, with coil independent suspension at the front and leaf springs at the rear employing lever arm shock absorbers or 'dampers' which when worn resulted in a characteristic 'wave motion' over undulating surfaces. The underpinnings were somewhat less exotic than the all-enveloping bodywork; the chassis and running gear were based on that of the well-proven 1949 Austin A70 Hampshire saloon,(not to be confused with the smaller entry level A40 Devon). Brakes were initially a mix of hydraulic (front) and mechanical (rear) with 11 in (279 mm) drums, replaced by a fully hydraulic brake setup from 1951 onwards on the hardtop coupe (saloon)which with large diameter finned drums and vented wheels. This made for efficient anti-fade braking for the time, necessary to bring 26cwts (1323.64kg) to rest. 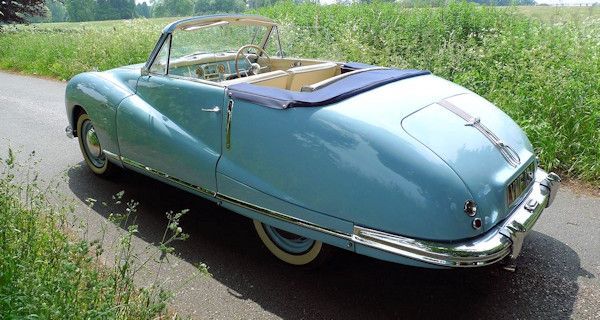 A combination of no rust proofing at the factory, and styling that included a multitude of mud traps, led to the same rapid corrosion as beset many rushed post-war British designs. As a result, very few cars survived into the 1970s, let alone the next century, a fact not helped by many cars being broken up to provide spares for the Austin-Healey 100. In the UK today, it is estimated that fewer than 30 roadworthy examples survive, with possibly the same number being restored or awaiting restoration. 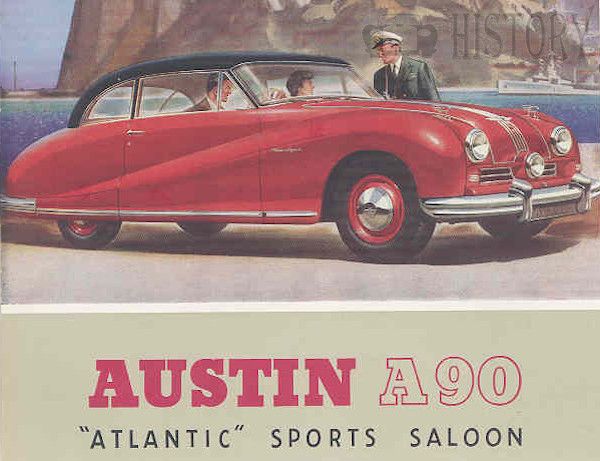