Also introduced in September 1954, and with a body identical to that of the A40 Cambridge, was the A50 Cambridge which used a new 1.5 L (1489 cc) B-Series four-cylinder engine with single Zenith carburettor which was good for 50 hp (37 kW). It sold better and remained in production through to 1957 with nearly 115,000 made. 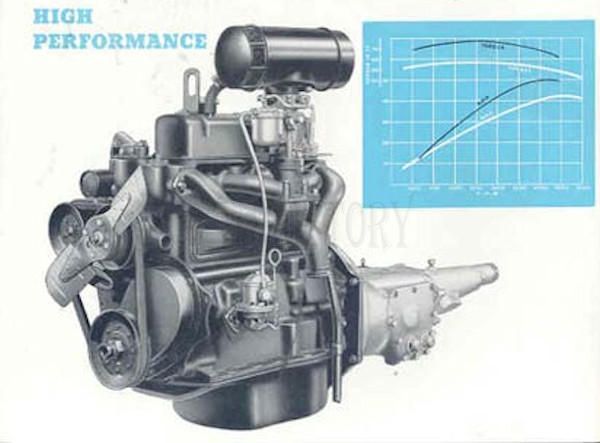 The de luxe version had a heater, leather seat facings, carpets replacing the standard rubber matting, armrests on the doors, twin-tone horns, a passenger sun visor, and some extra chrome including overriders.

Technical advances in the A50 Cambridge included an optional Borg-Warner overdrive unit for the top three (of four) gears. A semi-automatic transmission (branded "manumatic" and providing pedal-free clutch operation) was also offered, but it was unpopular with buyers.

A number of modifications were introduced in October 1956 including smaller 13 in (330 mm) wheels and increased compression ratio (8.3:1). 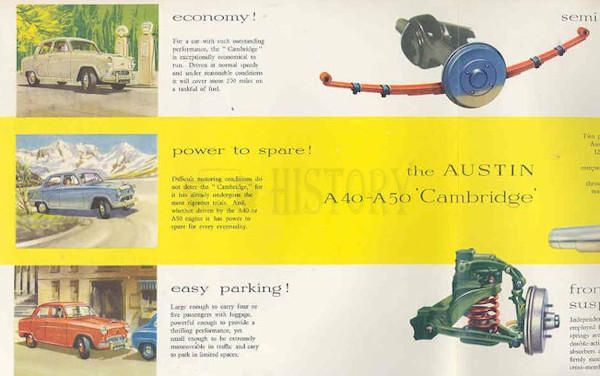 A radio and a clock were optional extras.

As with its predecessor the A40 Somerset, the A50 Cambridge was built under licence by Nissan in Japan; the arrangement ended in 1959.