The A40 Somerset is an automobile which was produced by the Austin Motor Company from 1952 until 1954. It replaced the A40 Devon and was quite similar to that body-on-frame car, including using the same 1.2 L straight-4 pushrod engine. The engine was updated to produce 42 hp (31 kW), however giving the car a top speed of 69 mph (111 km/h).

The Somerset featured an updated "Transatlantic" body style designed for export and resembled the larger A70 Hereford. It had a bench front seat and column mounted gear change. The Somerset was initially offered only a 4-door saloon, with a 3-passenger 2-door convertible was introduced in late 1952 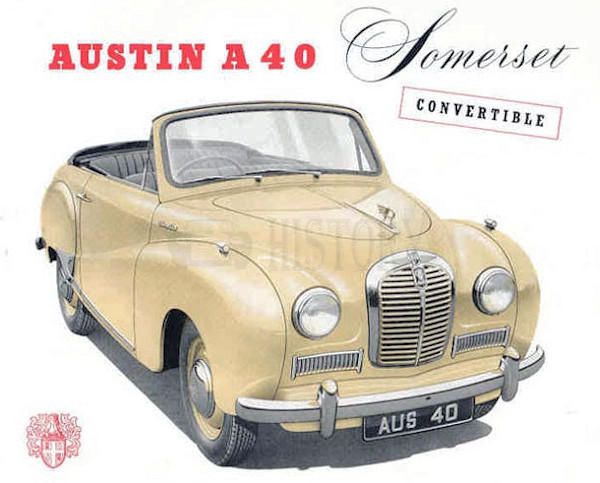 The body of the convertible was made by Carbodies of Coventry and the model was marketed as the Austin A40 Somerset Coupé The convertible differed from the saloon in having separate front seats that folded forwards to give access to the rear. The Austin Motor Company in 1953 made a "special" version of around 500 Somerset saloons with a more powerful engine, different interior appointments and two tone paintwork. The Austin Somerset special had a top speed of 74 mph (119 km/h) while the normal saloon could reach up to 70 mph (110 km/h).

The Austin A40 Somerset has a reputation for being somewhat slow and lumbering to drive, and not wholly deserved.

The first A40 Somerset had to endure poor quality petrol supplies (1952) and in consequence had retarded ignition settings to tolerate the low octane rating of this poor fuel grade to avoid the 'pinging' condition that was well known in those times.

In fact BMC later produced a kit to improve the performance and fuel consumption of these cars once premium fuel supplies resumed under the popular petrol brands. This kit comprised a replacement distributor and an optional head gasket for the cylinder head that was thinner and therefore raised the compression slightly from the standard 7.2:1. 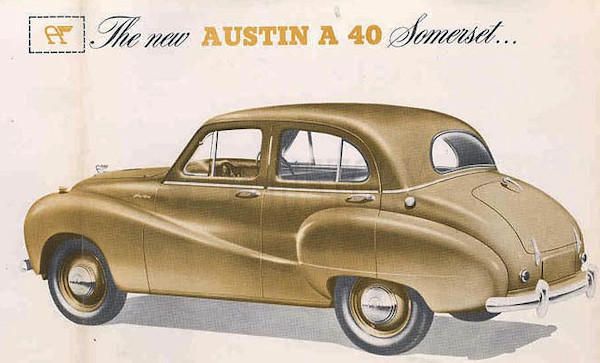