The Austin Sheerline was a large luxury car which was produced by the Austin Motor Company in the United Kingdom from 1947 to 1952 and then by the British Motor Corporation until 1954.

The Sheerline was designed by Austin during World War Two but production did not begin until 1947 because of the commitment to war production. It was a luxurious car in the style of the contemporary Rolls-Royce or Bentley but at a much lower price, around two-thirds of the price of the equivalent Rolls-Royce but still the price of five or six small Austins. There were about 8,000 built but it is now becoming quite rare.

The first cars, designated A.110, had a 3,460 cc straight-six overhead valve engine but this was soon increased to 3,995 cc with 125 bhp (93 kW) and the designation then became A.125. Initially only a Saloon version on a 9-foot-11¼-inch (3 metres) wheelbase chassis was made, but this was joined by a (rare) Limousine version a stretched 11 ft (3.3 metres) chassis also used for a hearse and an ambulance. At 37 hundredweight (1,850 kg) for the saloon and 2 tons (2,000 kg) for the limousine this was a heavy car, and to maintain performance a low final drive ratio of 4.55:1 with 16-inch tyres was fitted. Suspension was by coil springs at the front and half-elliptic leaf springs at the rear. The saloon version had a top speed of 82 mph (132 km/h).

Production ceased in 1954 and Austin's luxury offering was limited to the A.135 Princess. 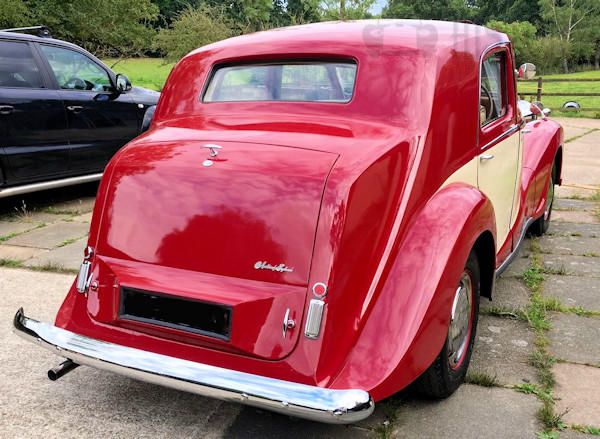