The Austin 12 was a large four-door family saloon produced by the Austin Motor Company. It was launched in August 1939 and was produced until replaced in 1947 by the similar-sized but larger-engined Austin A70 Hampshire. For much of this period, however, it was provided only for military and government use.

The car was presented as an all-new design. It shared a six-light (three windows on each side) profile with its predecessor, but was more streamlined. Standard fittings included a sliding roof, opening windscreen and leather upholstery. The bonnet (hood) was now one piece and hinged at the rear, rather than opening at the sides. The body was 3 inches (7.6 cm) longer than the earlier car, despite having a wheelbase that was (initially) 5.5 inches (14 cm) shorter. It was also 0.5-inch (1.3 cm) wider. A conventional chassis frame was retained, and the brakes were mechanical, with operation by a system of rods. Rigid beam axles were retained front and rear with conventional leaf springs. 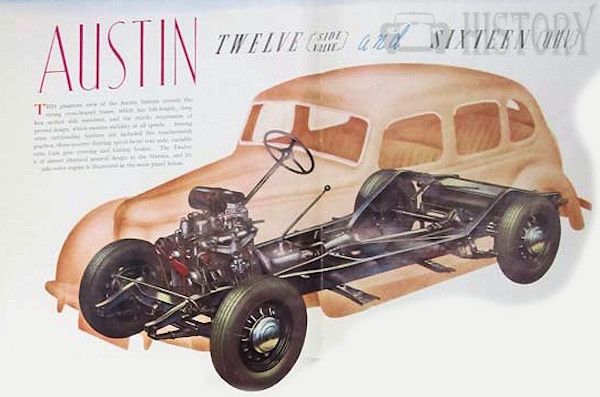 The 1939 Austin 12 inherited a 1535 cc sidevalve engine and four-speed gearbox from its predecessor. 40 bhp (30 kW) of output was claimed. Even by the standards of the day, it was considered by many to be underpowered. This issue was addressed in 1945 when Austin introduced the Austin 16, which was an Austin 12 fitted with the manufacturer's first ohv engine, this having a displacement of 2199 cc. The extra power converted the car into what one commentator described as a "a particularly lively proposition", although by this time the less-than-lively Austin 12 had been in production for six years with the same body.

The new Austin 12 was introduced in August 1939, at a time when accelerated military spending was overflowing into a domestic consumer boom on the UK market. However, for Britain and her European allies 1939 was also the year when, in September, war broke out, and the British government switched the country's manufacturing sector onto a war footing much more abruptly than was achieved in Germany. Most of the Midlands-based auto-making capacity, with its recently enhanced understanding of mass-producing metal goods, was switched to war supplies: this involved not merely aircraft manufacture but also (for some historians less glamorous) items such as tanks and Jerrycans. Austin's auto-production capacity seems to have survived through the war better than that of competitors, and while new Austin 12s produced during the early 1940s were restricted to military and government use, the manufacturer was able to announce its postwar range in 1944, six months before the war in Europe ended. The line-up readied for the post-war period included the Austin 12. 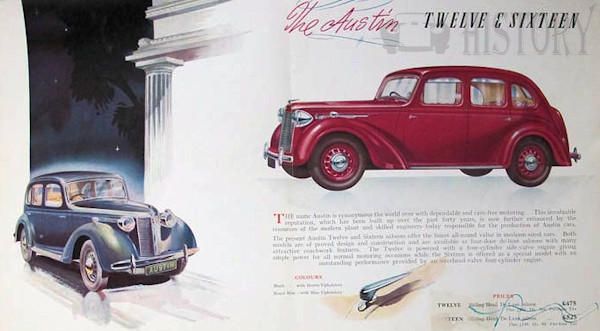 There is little detailed information on how the car was developed during the war years, although by September 1945 numerous refinements and improvements had been implemented, presumably in response both to technical developments and materials shortages encountered. From the exterior the Austin 12 as announced in 1944 appears indistinguishable from the car announced in August 1939, and there was no attempt to highlight improvements introduced during the preceding five years. Nevertheless, the wheelbase had been reduced by 1.5 inches (3.8 cm). A heater and radio were offered as extras. 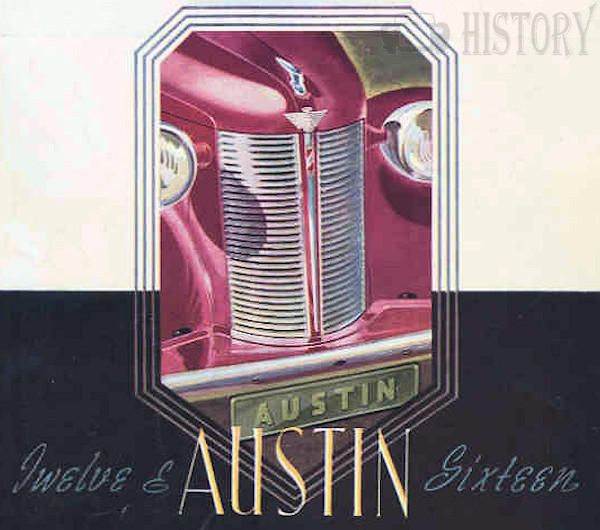