The Mark IV was presented at the London Motor Show in October 1966.Besides receiving the larger 1275 cc engine (which disappointed enthusiasts by being in a lower state of tune than that of the Mini-Cooper 'S'), the Mark IV and its cousin the Mark III MG Midget had several changes which were more than cosmetic. Most notable is the change from a removable convertible top, which had to be stowed in the boot, to a permanently affixed, folding top of greatly improved design, which was much easier to use. Separate brake and clutch master cylinders were fitted, as car manufacturers' thoughts began to turn to making their products safer. On US market versions the larger engine sacrificed some of its performance from 1968 on, through the use of smog pumps and other modifications to comply with federal emission control requirements. 1969 was the final year the Sprite was exported to the US.

For the 1970 model year cast-alloy wheels were fitted and the grille was changed to resemble that fitted to the MG Midget.

The Healey connection was discontinued in 1971, so the final 1,022 Sprites built were simply Austin Sprites. This was a cost-cutting move of Donald Stokes', enabling British Leyland to stop paying royalties to the Donald Healey Motor Company. There was no direct successor, as BL's extensive range already contained the MG Midget, which was identical to the Sprite except for badging, and the similarly dimensioned and priced Triumph Spitfire. 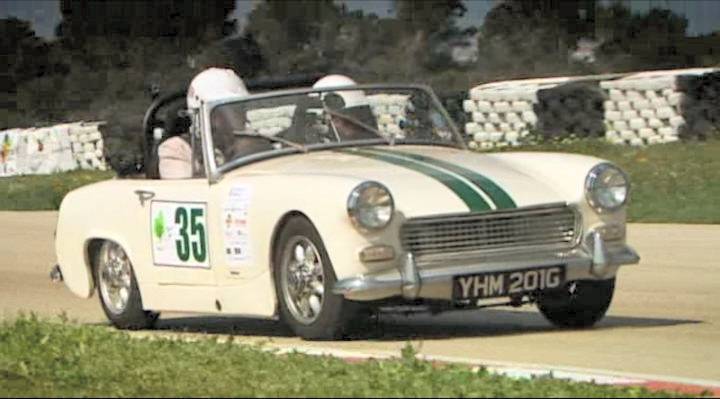 Austin Healey Sprite MkIV in Carry on at Your Convenience, Movie from 1971 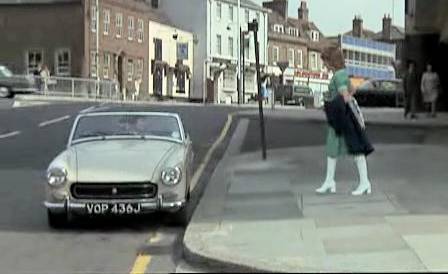