The Mark III Sprite was also marketed as the Mark II MG Midget – differences between the two were again restricted to minor trim detailing. Although still 1098 cc, the engine had a stronger block casting, and the size of the crankshaft main bearings was increased to two inches (engine code 10CC).

A new (slightly) curved-glass windscreen was introduced with hinged quarterlights and wind-up side windows. Exterior door handles were provided for the first time, with separate door locks. Though the car could now be secured, with a soft-top roof the added protection was limited. The rear suspension was modified from quarter-elliptic to semi-elliptic leaf springs, which gave a more comfortable ride for a near-negligible weight penalty as well as providing additional axle location, the upper links fitted to the quarter-elliptic models being deleted. Though scarcely sybaritic, these changes helped the Sprite and Midget compete with the recently released Triumph Spitfire.

It has been suggested here that there was a "short run of vehicles (unknown number) in late 1963 with the Mk II body/interior but with the Mk III undercarriage/suspension modifications." Although no source is given for this assertion, the basis may be more than speculation. There are numerous recorded instances throughout Sprite and Midget production where specification changes do not precisely concur with model changes. At the very least, the prototypes for the half-elliptic models are likely to have been taken from the production line and some of these may well have been subsequently sold. However, the number of such cars would have been small.

(At least one such was exported to Italy, where it was still running until wrecked in 1971. It had the full MK III undercarriage and instrument cluster and front disc brakes, but Mk II coachwork.) 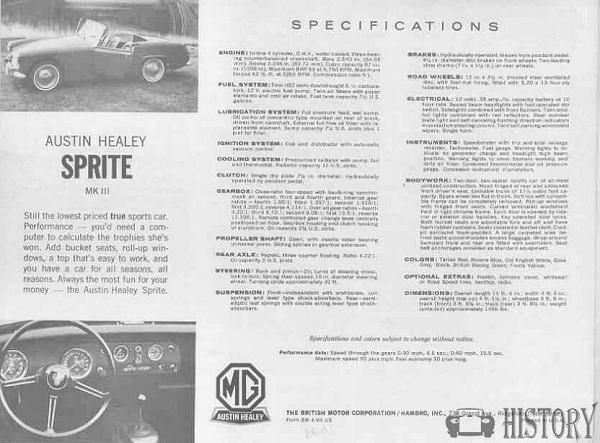 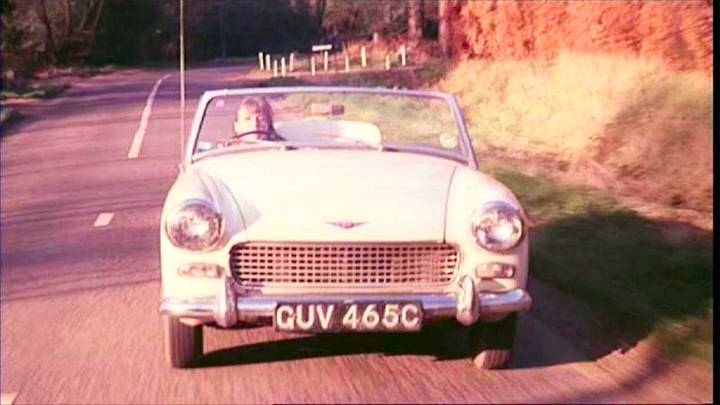