The Audi Le Mans quattro was a sports car styled concept car, developed by Audi, for presentation at the 2003 Frankfurt Motor Show, as a result of Audi's three successive wins at the arduous 24 Hours of Le Mans endurance motor race in 2000, 2001, and 2002. It was the third and final concept car designed by Audi in 2003, following the Pikes Peak quattro and Nuvolari quattro 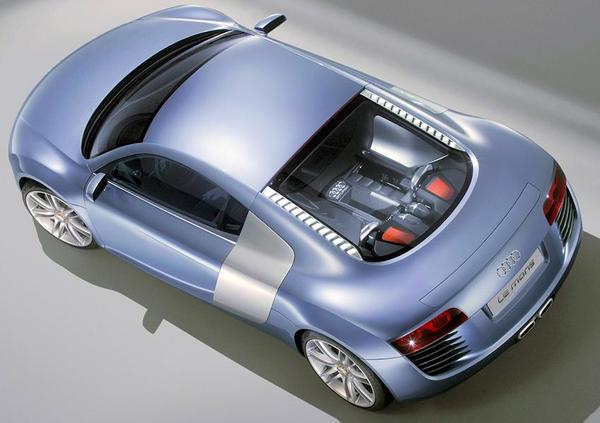 The Audi Le Mans Quattro has a number of high-tech features, including the headlights which are composed entirely of light-emitting diodes (LEDs). The structural framework of the body, the Audi Space Frame (ASF) used in the Lamborghini Gallardo, is made entirely of aluminium, while the outer skin is made out of carbon fibre and aluminium. The car also features an automatic rear spoiler which raises at 70 mph (110 km/h).

The Le Mans quattro's engine was a development of the Gallardo's, with the same displacement but utilizing different cylinder heads (with four valves per cylinder rather than five), as well as twin-turbochargers and Fuel Stratified Injection (FSI) technology, resulting in the high output of 449 kW (610 PS; 602 bhp), and 750 N·m (553 lb·ft) of torque. The gearbox is the six-speed sequential manual transmission used in the Lamborghini Gallardo. 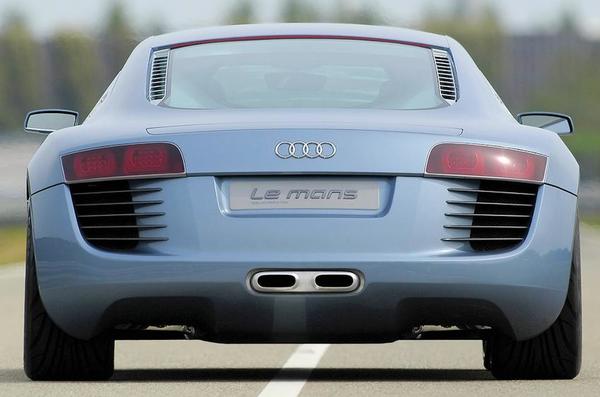