The Audi Type E was a passenger car introduced by Audi in 1913. It was the largest pre-war car from Audi.

The vehicle had a four-cylinder two-block in-line engine with 5,699 cc of displacement. It developed over a four-speed countershaft gearbox and a propeller shaft, which drove the rear wheels. The claimed maximum output was 55 PS (40 kW; 54 hp) at 1650 or 1750 rpm, supporting a top speed of 90 km/h (56 mph). The foot brake operated via a mechanical linkage on the drive shaft.

The car had a ladder frame and two leaf-sprung solid axles. It was available with various closed, semi-closed and open topped "Touring car" bodies, including a Laundaulet (with a large enclosed passenger compartment at the back and a semi-open front bench for the chauffeur and a front passenger) by the coach-builder Deissner of Köthen. 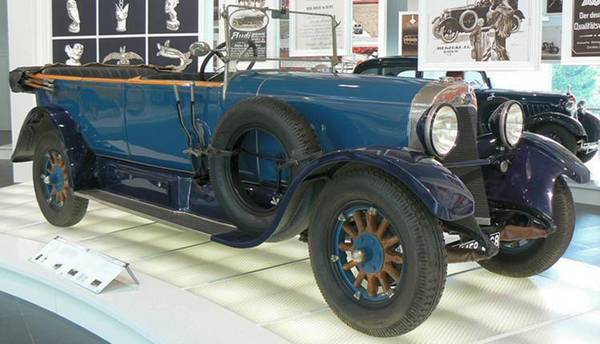