The Audi A1 (internally designated Typ 8X) is a supermini sized economical car launched by Audi at the 2010 Geneva Motor Show. Sales of the initial three door A1 model started in Germany in August 2010, with the United Kingdom following in November 2010. A five-door version, called Sportback, was launched in November 2011, with sales starting in export markets during spring 2012.

The A1 is produced at Audi's Belgian factory in Forest, near Brussels. The A1 is based on the Volkswagen Group PQ25 platform, the same platform used in the SEAT Ibiza Mk4 and the VW Polo Mk5,and in its development Audi has collaborated with SEAT. The A1 uses a MacPherson strut front and torsion beam rear suspension.

The UK launch of the Audi A1 was held on 13 November 2010. The national launch took place from Battersea Power Station, where up to 300 Audi A1s left London. 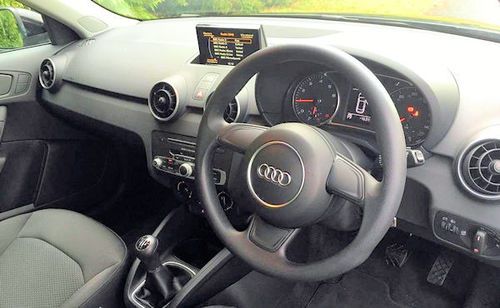 In the UK, the A1 trim levels are SE, Sport and S line. SE is the base specification, while Sport and S line models also have sport seats, sports suspension and larger wheels, amongst other features.In 2011 Audi introduced a series of new trim levels, including Black Edition and a series of limited editions, including Competition Line and Contrast Edition. These are based on the Sport trim level with distinctive styling features.

Audi has announced several Audi A1 concept vehicles, most of which are of the hybrid vehicle and PHEV variety.

The A1 was previewed at the 2007 Tokyo Motor Show in the form of the Audi metroproject quattro concept car. The concept seats four and features a new hybrid powertrain. With this powertrain, a 1.4 L (85.4 cu in) 148 bhp (110.4 kW) Turbo FSI engine drives the front wheels via a six-speed S-Tronic, while a 40 bhp (29.8 kW; 40.6 PS) electric motor provides power to the rear wheels. The electric motor is also capable of producing 148 lb·ft (201 N·m) of torque.

The metroproject quattro is able to travel 62 miles (100 km) at up to 62 mph (100 km/h) on one charge of its lithium-ion batteries, which reduces fuel consumption by up to 15%. Both power sources are available to use simultaneously, with the driver then benefiting from McPherson strut front and four-link rear suspension configuration, electromechanical speed-sensitive power steering with a low energy draw, Audi magnetic ride adaptive damping technology, and 0 to 100 km/h (0 to 62 mph) in just 7.8 seconds.

At the 2008 Leipzig Auto Mobil International show, Audi again presented the metroproject quattro, renamed the A1 Project Quattro The vehicle was designed by Audi AG Project Designer in Exterior Design Jürgen Löffler, who also presented the design during the car's Hong Kong debut.

Audi unveiled a second A1 concept car at the Paris Motor Show in October 2008. The A1 Sportback concept is a restyled five-door development of the metroproject quattro. Like the earlier concept, the A1 Sportback has a hybrid powertrain, with the same 1.4 L petrol engine and S-Tronic dual-clutch transmission, plus a 20 kW (27 hp), 150 N·m (110 lb·ft) electric motor. However the electric motor drives the front wheels, rather than the rear. Quoted 0 to 100 km/h (0 to 62 mph) acceleration is 7.9 seconds and average CO2 emissions are given as 92 g/km. The A1 Sportback retains the dimensions of the Metroproject quattro, except for a slightly greater length, at 3.99 m (157 in).

A field testing programme of twenty A1 e-tron vehicles began in Munich in late 2010.

In June 2012, the UK's Car Magazine reported that Audi had put the production version of the A1 e-tron on hold indefinitely in order to slim down its future electric vehicles plan. It was reported that, according to the director of e-mobility and sustainability strategy at Audi of America, the A1 e-tron had never been scheduled for production.

In March 2013, at the New York Auto Show, Audi announced it will be expanding the testing of its A1 E-tron outside of Munich to other regions of Germany.

In May 2011, the A1 clubsport quattro concept car was shown at the Wörthersee event. This car has a modified version of the Audi RS 3's five-cylinder 2.5 L engine tuned to 503 PS (370 kW) and 660 N·m (487 lb·ft). Capable of 0 to 100 km/h (0 to 62 mph) acceleration in 3.7 seconds, the car also features a restyled exterior including "blister"-style extended wheelarches reminiscent of the Audi Quattro and minimal, lightweight interior trim.

The production version of the A1 quattro was tested by Autocar magazine on MIRA's wet handling track alongside a Nissan GT-R; the A1 recorded lap time over five seconds faster than the GT-R. Autocar called the test a "...giant-killing result". 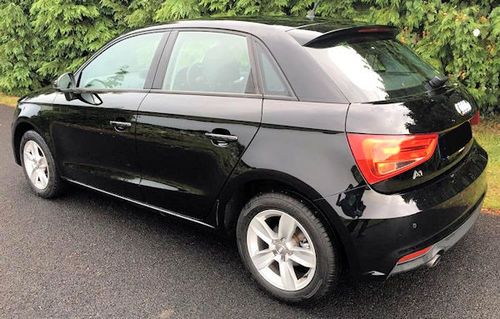