Audi presented a redesigned 80 based the B2 platform (Typ 81) in September 1978 and deliveries of the four door saloon/sedan began a few weeks later in Europe. Deliveries of the fuel injected GLE and two door bodied cars began early in 1979. The redesigned car was first seen in North America in 1979 (as a 1980 model). Audi continued to use the 80 nameplate in Europe, but badged their Typ 81 as the Audi 4000 in North America. The body of the B2 Audi 80 was designed by Giorgetto Giugiaro. No Avant variant was available, as the Volkswagen Passat filled that role. 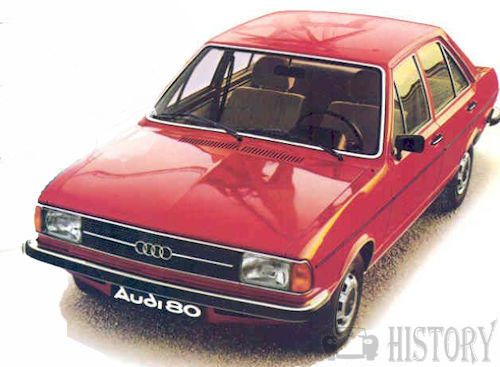 In 1983, the 80 Sport was introduced in the UK, based on the GTE. It came with quattro-style Ronal alloys, rubber rear spoiler, deep chin spoiler, striped charcoal Recaro interior, and optional body graphics including full-length "Audi Sport" stripes. A special commemorative-edition version, the Audi 4000CS quattro, was made for the 1985, 1986, and 1987 model years. 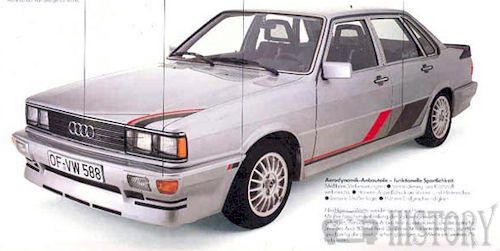 Mid-1984, for the 1985 model year, Audi gave the B2 a subtle facelift with tail lights resembling the ones of the Typ 44 Audi 100, and different front and rear bumpers and headlights and an updated interior. In Europe, engines with catalytic converter emissions controls were made available for the first time.

The B2 platform proved to be both quite versatile and quite profitable; many components were shared to or borrowed from the Audi Coupé, Audi Quattro and Audi Sport Quattro, which in the process helped to cement the company into the public eye after their quattro permanent four-wheel drive system proved useful in various forms of racing.

The saloons were offered until late 1986 in Europe and 1987 abroad, and the B2-based Audi Coupé lasted through to 1988 (as an early 1989 model) before being changed. The Coupé shared many components, and its basic body shape, with the original Audi Quattro. 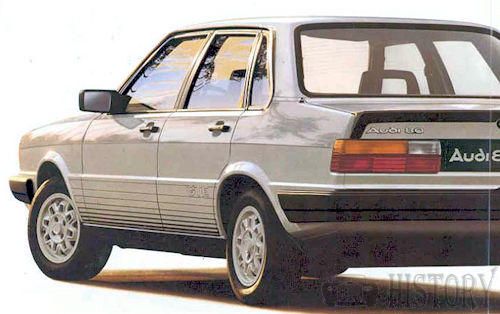 The CS quattro had a CIS-E fuel-injected 2.2-litre inline 5-cylinder petrol engine (identification code: JT). It displaced 2,226 cc, was constructed from a grey cast iron cylinder block, with an aluminium alloy cylinder head, and used a timing belt-driven single overhead camshaft (SOHC). The rated horsepower was 86 kW (117 PS; 115 bhp) at 5,500 rpm, and the torque is 171 N·m (126 lbf·ft) at 3,000 rpm. The only transmission available on the 4000CS was a five-speed close-ratio manual. 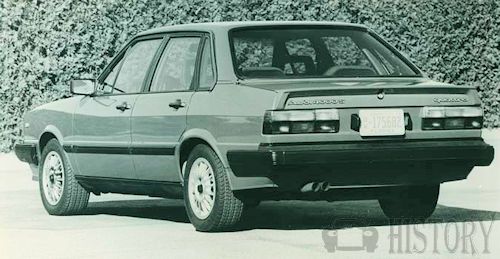