This model debuted in Europe in 1972 (with factory production starting in May 1972) as the Audi 80, and in 1973 in Australia and the United States as the Audi Fox, and was available as either a two-door or a four-door saloon (sedan). It effectively took the place of several models that Audi had discontinued (the F103 series, which included the first model designated as an "Audi 80"), and provided the company with a viable rival to the Opel Ascona and the Ford Taunus. 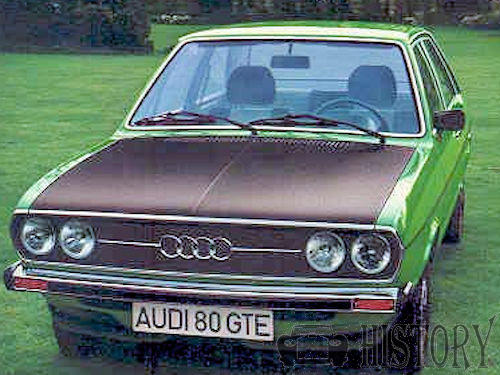 The Audi 80 had a MacPherson strut front suspension, and a C-section beam rear axle located by trailing arms and a Panhard rod, and using coil springs and telescopic dampers.

Audi's design and development efforts paid off during the 1973 European Car of the Year competition where the 80 won ahead of the Renault 5 and the Alfa Romeo Alfetta.

In certain markets a five-door "Avant" (Audi's name for an estate/wagon) variant was offered — effectively a rebadged Volkswagen Passat with Audi front panels. The B1 platform was dropped from the European market in 1978, although it was sold into the 1979 model year in North America.