The Aston Martin Lagonda was a luxury four-door saloon built by Aston Martin of Newport Pagnell, England, between 1974 and 1990. A total of 645 were produced. The name was derived from the Lagonda marque that Aston Martin had purchased in 1947. There were two very distinct versions, the short-lived 1974 saloon based on the Aston Martin V8, and the contrasting ultra-modern version in 1976.

Aston Martin was facing severe financial pressure in the mid-1970s and needed something to bring in some much-needed funds. Traditionally, Aston Martin had worked on 2+2 sports cars, but the Lagonda was a four-door saloon. As soon as it was introduced, it drew in hundreds of deposits from potential customers, helping Aston Martin's cash reserves.

The car was designed by William Towns in an extreme interpretation of the classic 1970s "folded paper" style. It was as unconventional a design then as it is now. Car enthusiasts are fiercely divided on the car's aesthetic value. The Lagonda combined striking styling with opulent, club-like leather interior, and then-state-of-the-art instrumentation. Coupled to a Chrysler 3-speed "TorqueFlite" automatic transmission its 4-cam carbureted V8 provided poor, often single-digit miles-per-gallon, little improved by the change to fuel-injection in the Series 3.

Throughout the history of the marque, these hand-built Lagondas were amongst the most expensive saloons in the world. The only other "production" cars to approach its lofty price tag were the Rolls-Royce Silver Spirit/Silver Spur and Bentley Mulsanne.

The Lagonda was the first production car in the world to use computer management and a digital instrument panel, although the computers in many of the original cars are failure-prone. The development cost for the electronics alone on the Lagonda came to four times as much as the budget for the whole car. The Series 3 used cathode ray tubes for the instrumentation, which proved even less reliable than the original model's light-emitting diode (LED) display.

It was named by Bloomberg Businessweek as one of the 50 ugliest cars of the last 50 years and Time Magazine included it in its "50 Worst Cars of All Time", describing it as a mechanical "catastrophe" with electronics that would be very impressive if they ever worked. 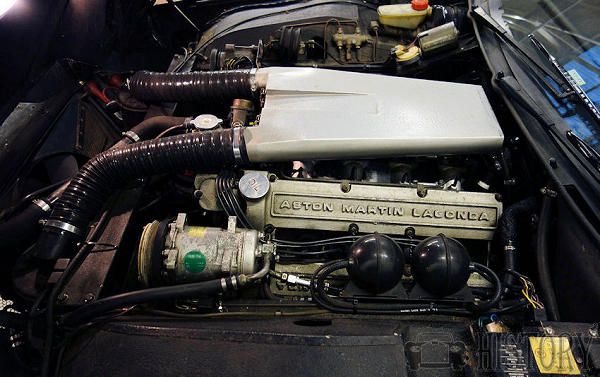 A number of "series" were produced during the lifetime of the Lagonda, the original Series 1, and the wedge shaped Series 2, 3 and 4. A total of 645 cars were produced in the 12 year production run of the wedged shaped version.

A long-wheelbased, four-door version of the Aston Martin V8 was announced at the 1974 London Motor Show. Designed by William Towns and based on the DBS, it was the first car to wear the Lagonda name since the 1961 Rapide. The 5.3 L V8 engine supplied with a 5-speed manual or automatic transmission. Only seven were sold.

The wedge shaped Lagonda V8 saloon was launched in 1976 at the London Motor Show and was a total contrast to the 1974 model, sharing little but the engine. Deliveries of the Lagonda did not commence until 1979. Series 2 cars were originally fitted with digital LED dashboards and touch pad controls, but the innovative steering wheel controls and gas plasma display were abandoned in 1980. The Lagonda retailed at £49,933 in 1980, significantly more than a Ferrari 400 or Maserati Kyalami but less than a Rolls-Royce Corniche.The car commenced sales in the US from 1982 with minor amendments to the front bumper and airdam.

The Series 3 was only produced for one year with 75 models manufactured, and featured fuel injected engines. Originally with cathode ray tube instruments, later versions featured a vacuum fluorescent display system similar to that used by some Vauxhalls and Opels, but externally were the same as the Series 2 model.

The Series 4 was launched at the Geneva Motor Show in March 1987 and received a significant exterior facelift by the car's original designer William Towns. The car's sharp edges rounded off and the pop-up headlights eliminated, with a new arrangement of triple headlights each side of the grille being the most obvious alteration, along with the removal of the side swage line (or character line) and the introduction of 16-inch wheels. With production of around one car per week, 105 Series 4 Lagondas were manufactured. The last car was produced during January 1990. 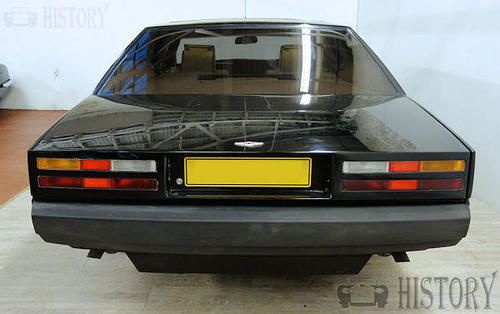 Non-standard variations of the Lagonda included: 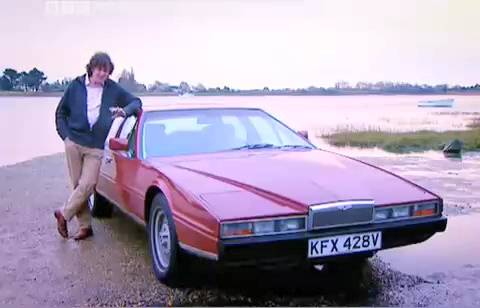