During the 2006 British Motor Show in London, Aston Martin Racing revealed a near stock version of the V8 Vantage that would compete in the Nürburgring 24 Hours (N24) endurance race.

While essentially much like the existing V8 Vantage coupé, the N24 has a front splitter and extended door sills for aerodynamic efficiency, a full roll cage, a racing fuel tank, and other modifications necessary to make the car race worthy. Other modifications include the removal of most of the interior, including all seats, replaced by a lone Recaro drivers seat and polycarbonate windows which helped reduce weight by 250 kg (551 lb).

The engine is a modified version of the road cars engine. Including lightened and balanced internals, re-profiled cylinder heads and the engine management system tuned for race use. The engine would now produce 410 bhp (306 kW; 416 PS), 30 bhp (22 kW; 30 PS) more than the standard road car. 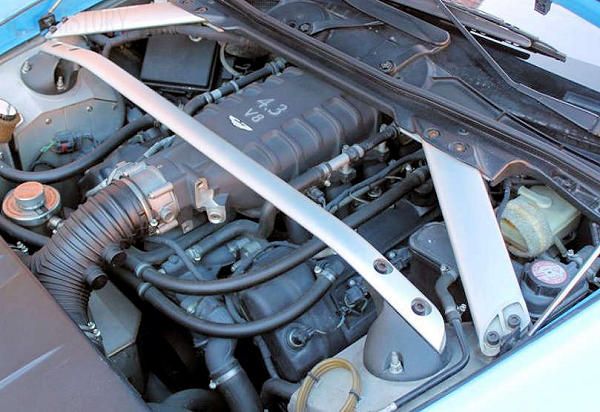 After the car was introduced, Aston Martin confirmed that they would offer the V8 Vantage N24 to customers as a track car similar to a Porsche 911 GT3 Cup. The V8 Vantage N24 is legal for use in the FIA GT4 European Cup, German VLN series, Grand-Am Cup, and various other national series. Contrary to Porsche however, Dr. Bez announced that they would not put a premium price on the N24 and that, while it was only produced in limited numbers, cost just about as much as a regular V8 Vantage.

The N24 was featured in the British TV series Top Gear and driven by James May in a quest to find the best road for driving in Europe. The decision to use the "racing version" for this kind of drive was mocked by Richard Hammond and Jeremy Clarkson as the car lacked air conditioning and other comforts. May eventually had to drive naked, while pouring bottles of cold water over himself.

Additional racing success for the V8 Vantage in N24 trim included a first and second the 2007 European GT4 race at Silverstone, the first 3 places in their class at the 2008 Nurburgring 24 hours race (18th out of 220 cars entered overall), and strong showings in Bahrain (8th), VLN racing, and other tracks and events throughout the world. The N24 was also the basis of a one-make pan-Asia series called Aston Martin Asia Cup (AMAC). Competitors ran in identical N24s at various Asian circuits. 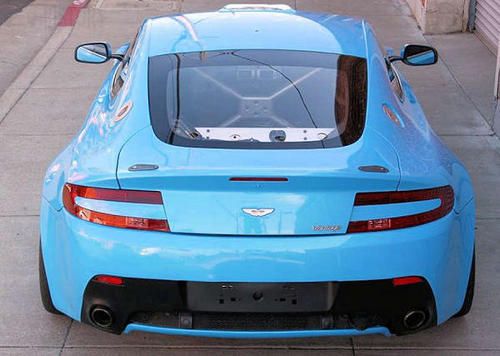