The Aston Martin DBR1 was a sports racing car built by Aston Martin starting in 1956, intended for the World Sportscar Championship as well as non-championship sportscar races at the time. It is most famous as the victor of the 1959 24 Hours of Le Mans, Aston Martin's only outright victory at the endurance classic.

Following changes to the rules for sportscar racing, entrants no longer had to use cars which were road legal, or based on road legal cars, such as the Aston Martin DB3S. Therefore, with the ability to create a sportscar from a clean slate for 1956, Aston Martin created the DBR1, with Ted Cutting as chief designer. The body evolved from the DB3S's shape, featuring a much lower profile. Most notable was that the back of the front wheel well was no longer left open. Instead, the DBR1 featured full bodywork with a large triangular vent on the side, a design trait which would become standard on all future Aston Martins.

Debuting at the 1956 24 Hours of Le Mans, David Brown's Aston Martin racing team set out with the 2.5L DBR1/1 alongside two older 2.9L DB3Ss. Although performing well through most of the race, the DBR1 suffered gearbox failure after 246 laps, forcing drivers Reg Parnell and Tony Brooks to retire.

Making a full debut in the 1957 World Sportscar Championship season as well as various non-championship races, DBR1/1 recorded its first finish, with a 2nd place for Roy Salvadori at the British Empire Trophy, followed by another 2nd place at the Goodwood Circuit's Sussex Trophy. DBR1/1 was then upgraded with the newer 3.0L engine, and joined by the identical DBR1/2. Together at the Spa Sportscar Race, Aston Martin took the top two spots, with Tony Brooks winning over Roy Salvadori. At the fourth round of the World Sportscar Championship, the 1000km Nürburgring, DBR1/2 took an overall victory at the hands of Tony Brooks and Noël Cunningham-Reid, earning Aston Martin its own championship points that season. Roy Salvadori and Les Leston would finish 6th in the same race. Unfortunately, at the 1957 24 Hours of Le Mans, both DBR1s failed to finish. DBR1/2 would take the only other victory of the season at the non-championship Spa Grand Prix.

For 1958, DBR1/3 was completed and began to compete. David Brown chose to concentrate on the World Sportscar Championship exclusively, leaving the DBR2 for non-championship races. The team did not enter the opening round in Buenos Aires, choosing instead to race at the following round, the 12 Hours of Sebring. Neither DBR1 managed to finish, both suffering gearbox failure. This was followed at the Targa Florio, with the new DBR1/3 also suffering a gearbox failure and not finishing. At the 1000km Nürburgring, where the DBR1 had won the previous year, Aston Martin managed to repeat, with Stirling Moss and Jack Brabham's DBR1/3 beating a large contingent of Ferraris and Porsches. Unfortunately the bad luck returned at Le Mans, with all three DBR1s failing to finish again. However, at the season ending Tourist Trophy, Aston Martin managed a 1-2-3 finish for all cars, with Stirling Moss and Tony Brooks driving the winning car. This dominating victory allowed Aston Martin to finish 2nd in the constructor's championship behind Ferrari.

Returning again for 1959, Aston Martin had completed two more chassis, DBR1/4 and DBR1/5. The first car was actually a conversion from a DBR3, while DBR1/5 was a spare chassis sold to privateer Graham Whitehead, the only car to do so. With four chassis, Aston Martin would again concentrate on the World Sportscar Championship. The season started slowly, with a sole DBR1 failing to finish at the 12 Hours of Sebring, then followed by the team not appearing at the Targa Florio. Luck returned again for Aston Martin, as the sole factory entry again won the 1000km Nürburgring, with Stirling Moss and Jack Fairman driving. However, Aston Martin's success would continue with what is considered their finest motorsports triumph. DBR1/2, driven by Carroll Shelby and Roy Salvadori, took victory at the 1959 24 Hours of Le Mans. DBR1/4, driven by Maurice Trintignant and Paul Frére, managed second. The next closest competitor was a distant 25 laps behind the duo.

With the constructors championship now closely contested by Ferrari and Aston Martin, the team appeared at the final round at Goodwood. Aston Martin entered three DBR1s, as well as privateer Graham Whitehead's DBR1/5. During the race, DBR1/3 caught fire in the pits, destroying the car and leaving Aston Martin without room to refuel their other cars. To salvage Aston Martin's hopes of a championship, Graham Whitehead withdrew his entry from the race in order to allow Aston Martin to use his pits stall and finish the race. Able to continue, Stirling Moss, Carroll Shelby and Jack Fairman in DBR1/2 were able to secure victory and the championship over Ferrari, the only World Championship won by Aston Martin.

Following Aston Martin's success in 1959, David Brown decided to make an unsuccessful move to Formula One with the DBR4 and DBR5. Thus the factory's David Brown Racing Department would no longer compete in sportscars. The four DBR1s retained by the factory, including the rebuilt DBR1/3, were sold off to customers for use in various championships. DBR1/2 would be the only car to score a win in privateer hands, winning the 1960 Rouen Grand Prix. Following the 1962 season, all DBR1s would retire from racing and eventually end up in museums or private collections.

DBR1/4 is notable for having appeared in the 1960 film adaptation of The Sound and the Fury.

Included are a list of victories by each chassis.

Aston Martin used a chassis initially meant for the DBR1 to construct a car known as DBR3, and given the chassis number DBR3/1. The car was different in that it used Aston Martin's newly designed 3.7L (3670cc) Straight-6 from the Aston Martin DB4, destroked to 3.0L (2990cc). The car was used in only a single race in 1958 before it was deemed uncompetitive. DBR3/1 was thus given a normal Lagonda Straight-6 and rechristened as DBR1/4. 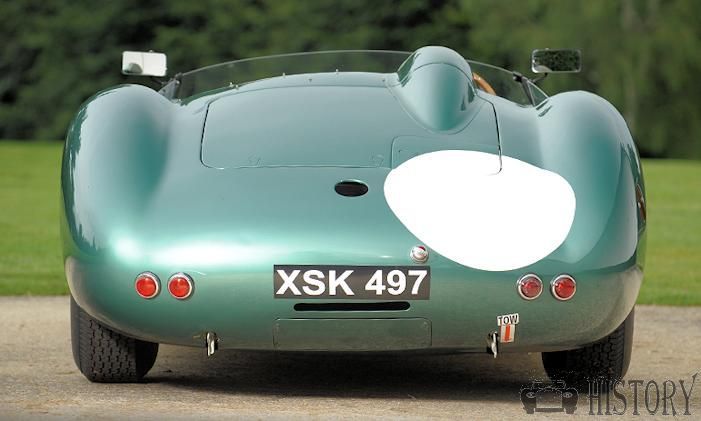