The Aston Martin V12 Vanquish was designed by Ian Callum and bore a large resemblance to the production DB7 Vantage. However, the car had a strong influence from the Project Vantage Concept prototype which debuted with a V12 engine at the North American International Auto Show in January 1998. As underneath the car featured a strong aluminium/carbon composite construction, bonded chassis with a 5,935 cc (5.9 L; 362.2 cu in) V12 engine. It was available in 2+0 and 2+2 seating configurations. 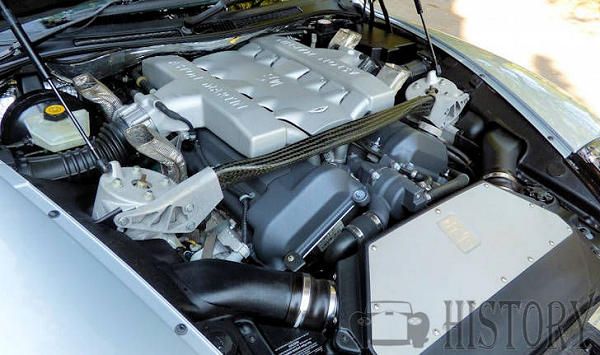 Its appearance in the 2002 James Bond film Die Another Day (driven by Bond who was being played for the final time by Pierce Brosnan earned the V12 Vanquish the number three spot on the list of Best Film Cars Ever,behind the Minis from The Italian Job, and DB5 from Goldfinger & Thunderball. This car also appears in the 2002 video game Need For Speed: Hot Pursuit 2