The Aston Martin DB7 is a grand tourer which was produced by Aston Martin from September 1994 to December 2004. The grand tourer was available either as a coupé or a convertible. The prototype was complete by November 1992, and debuted at the Geneva Motor Show in March, 1993, the car was styled by Ian Callum and Keith Helfet. The six-cylinder DB7 was positioned as an "entry-level" model below the hand-built V8 Virage introduced a few years earlier. This model was the highest production Aston Martin vehicle ever, with more than 7,000 built before it was replaced by the DB9.

The DB7, known internally as the NPX project, was made mostly with resources from Jaguar and had the financial backing of the Ford Motor Company, owner of Aston Martin from 1988 to 2007. The DB7's platform is an evolution of the Jaguar XJS's, though with many changes. The styling started life as the still-born Jaguar F type (XJ41 – coupe / XJ42 – convertible) designed by Keith Helfet. Ford cancelled this car and the general design was grafted onto an XJS platform. The styling received modest changes by Ian Callum so that it looked like an Aston Martin. The first generation Jaguar XK-8 also uses an evolution of the XJ-S/DB7 platform and the cars share a family resemblance, though the Aston Martin was significantly more expensive and rare.

The DB7 was engineered in Kidlington, Oxfordshire, by Tom Walkinshaw Racing on behalf of Aston Martin. The engines continued to be built in Kidlington during the production run of the vehicle.

With production of the Virage (soon rechristened "V8" following Vantage styling revisions) continuing at Newport Pagnell, a new factory was acquired at Bloxham, Oxfordshire that had previously been used to produce the Jaguar XJ220, where every DB7 would be built throughout its production run. The DB7 and its relatives were the only Aston Martins produced in Bloxham and the only ones with a steel unit construction inherited from Jaguar (Aston Martin had traditionally used aluminium for the bodies of their cars, and models introduced after the DB7 use aluminium for the chassis as well as for many major body parts). 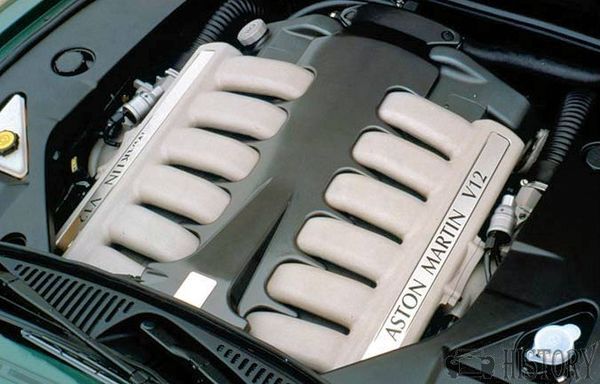 The convertible Volante version was unveiled at the North American International Auto Show in Detroit in 1996. Both versions have a supercharged straight-6 engine that produced 335 bhp (250 kW; 340 PS) and 361 lb·ft (489 N·m) of torque. In the United States, the Coupé sold for $140,000, and the Volante for $150,000. Works Service provided a special Driving Dynamics package, which greatly enhanced performance and handling for drivers who wanted more than the standard configuration.

After the launch of the Vantage, sales of the supercharged straight-6 engine DB7 had reduced considerably and so production was ended by mid-1999.

In 2002, a new variant was launched, named V12 GT or V12 GTA when equipped with an automatic transmission. It was essentially an improved version of the Vantage, its V12 engine producing 435 bhp (324 kW; 441 PS) and 410 lb·ft (560 N·m) of torque. Aesthetically, compared to the Vantage it has a mesh front grille, vents in the bonnet (hood), a boot (trunk) spoiler, an aluminium gear lever, optional carbon fibre trim and new wheels. It also has 355 mm (14.0 in) front and 330 mm (13.0 in) rear vented disc brakes made by Brembo. When being tested by Jeremy Clarkson on Top Gear in 2003, he demonstrated the car's ability to pull away in fourth gear and continue until it hit the rev limiter at a speedometer indicated 135 mph (217 km/h).

A number of special-edition DB7 cars were built: 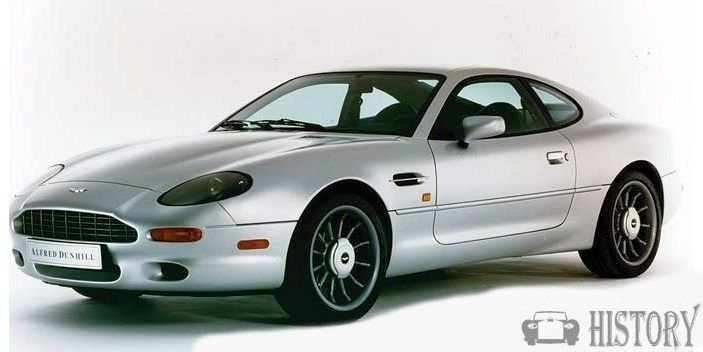 Two special edition variants were made late in the DB7's production run: