As with many other Astons, a high-performance Vantage model of the Virage would later appear. First shown at Birmingham in September 1992, the Vantage was produced from 1993 through 2000 and, like so many other Aston Vantages, soon became the only variant available. Indeed, the Virage name lasted just a few years, with its final descendants inheriting the simple and familiar V8 name.

The design was freshened, leaving only the roof and doors of the car intact. The Vantage was wider, appeared lower, and used four round "grapefruit" tail lights (rumoured to have been those used on a Bova coach for the prototype). Like the 6.3, the Vantage used record-sized 362 mm (14 in) brake discs and 18 inch wheels. 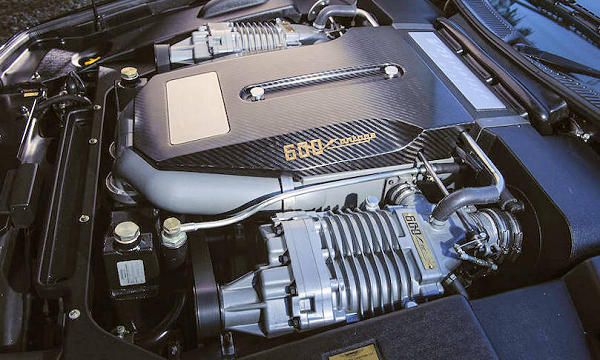 Just before the new European emission and safety regulations came in force, Aston Martin decided to put a memorable end to the V8-Vantage breed, with a special model called "V8 Vantage Le Mans". This car was presented in Geneva in 1999, the 40th anniversary of Aston Martin's victory at that race. It was decided that only a limited series of 40 Vantage Le Mans would be built, one for each year since the Le Mans victory. These cars were the only Aston Martin ever sold with the Le Mans name, and are different and better than any of the previous Aston Martin V8.

The engine delivers 612 PS (450 kW; 604 hp) and 820 N·m (600 lb·ft) of torque, whilst the suspension was also reinforced with special Koni shock-absorbers and stiffer anti-roll bars. The bodywork featured a blanked-out front grille and modified side vents – replicating the side vents of the Le Mans winning DBR-1 – as well as a bigger front spoiler and rear skirt. The interior was reworked with a gigantic rev-meter, a special Titanium finish on some parts, and all possible options such as heated windshield, parking radars, traction control, heated electric seats, and full Connolly leather upholstery with matching Wilton pure wool carpets. Wheels were the same Dymag magnesium units as seen on most V600s. Performance was high, with a claimed top speed of 200 mph (or 320 km/h) and zero to 100 km/h in 3.9 seconds. The keyholder was in sterling silver and a map from Newport-Pagnell to the legendary Le Mans track was provided in the delivery documents, for owners who would like to do the pilgrimage. Each "Le Mans" was made upon special commission and fitted with a number plate indicating also the name of the first owner. 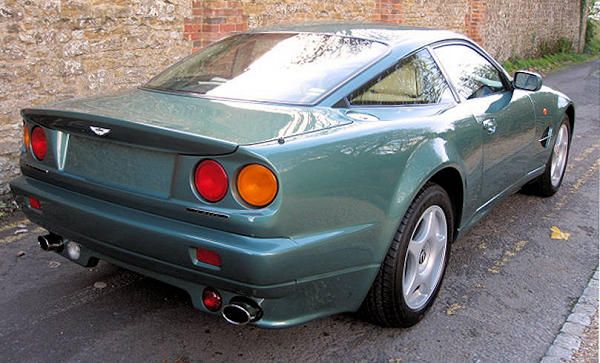