The Aston Martin DB4 GT Zagato was introduced in October 1960 at the London Motor Show. It was effectively a DB4 GT, lightened and improved by the Zagato factory in Italy, by Ercole Spada. Initially the factory had plans to produce 25 cars, but demand wasn't as strong as expected and production ceased at the 20th unit. Nowadays, due to the rarity and popularity of the DB4 GT Zagato, the cars are worth a considerable amount of money, and at auction they reach well in excess of £1 million.

The popularity of the original DB4 GT Zagato has resulted in two subsequent waves of cars based on DB4s being rendered into "Zagatos" through the cooperation of Aston Martin and the Zagato works in Italy. They are known as "Sanction II" and "Sanction III" cars. Also, an unauthorised but lucrative private industry of modifying original DB4 GTs into "Zagato" replicas has arisen as well to meet market demand for high-quality Zagato recreations. 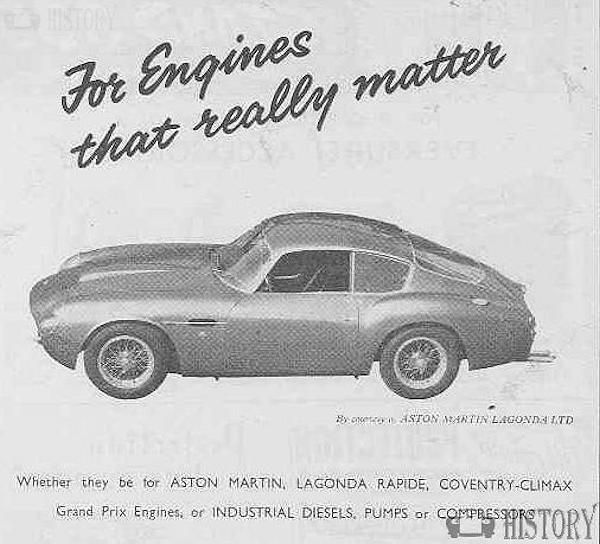 Although the specification of the engine was changed and upgraded throughout their racing history, the Zagato predominantly featured a 3.7-litre, aluminium, twin-spark, straight 6-cylinder engine. With a more powerful 9.7:1 compression ratio when compared to the DB4 GT engine.

Ercole Spada at Zagato transformed the DB4 GT into a smaller, more aerodynamic, super lightweight car. Many steel components were replaced by aluminium counterparts. Basically all non-essential elements disappeared, such as the bumpers. With the help of Perspex and aluminium components, more than 100 pounds (45 kg) was shed off the DB4 GT.

The first competition outing of a DB4 GT Zagato was during Easter in 1961 at Goodwood. Driven by Stirling Moss the car finished 3rd, behind an Aston Martin DB4GT and the winning Ferrari 250 GT.

The most prominent DB4 GT Zagatos, affectionately known by the registration plates they share, of '1 VEV' and '2 VEV' which were both raced under the John Ogier's Essex Racing Stable with assistance from the Aston Martin factory. Both the Zagatos raced in the 1961 24 Hours of Le Mans. However a repeat of the 1959 Le Mans victory was not to be, with both cars retiring. In July 1961 at a British Grand Prix Support race the Zagato had its first victory. With '2 VEV' taking the last lap lead from a Jaguar E Type.

'2 VEV' crashed heavily at Spa in 1962 and was rebuilt to the lightweight DP209 specification. After a road accident in 1993 the car was returned to the 1962 specification.

In 1988, 4 unutilised chassis numbers were put to use. With the approval of Aston Martin, four DB4 chassis were appropriately uprated to GT specifications. These chassis were then sent to Zagato's Milan workshop to be bodied like the originals, with a smaller oval grille, sans the stock DB4 GT's rear tail fins, and with a smoothed out rear end. To familiarise the workforce with construction techniques of the 60's, an original DB4 GT Zagato was sent along to be dismantled. These 'Works Approved Replicas' were known as the Sanction II cars. They were outwardly identical, but several changes were effected in the interest of better handling. Each of these cars sold for over $1,000,000. Differences to the 'originals' include a larger engine capacity, increasing from 3.7 litres to 4.2 litres and a smaller wheel diameter from 16" inches to 15" inches. The first of the four GT specification rolling chassis was delivered to Zagato in January 1989 and the fourth in April of the same year. With all four being completed in July 1991. All four cars were then given their own chassis numbers appropriate to the 1960s.

Due to the huge popularity, large price tag, great look and rarity of the DB4 GT Zagatos, many replica cars have been constructed based on DB4 and DB4 GT chassis. These 'replica' (or recreation) cars share a large resemblance to the original Zagatos, however have not been made by the Italian Zagato company. Nonetheless, they still fetch a significant amount of money and are highly desirable. 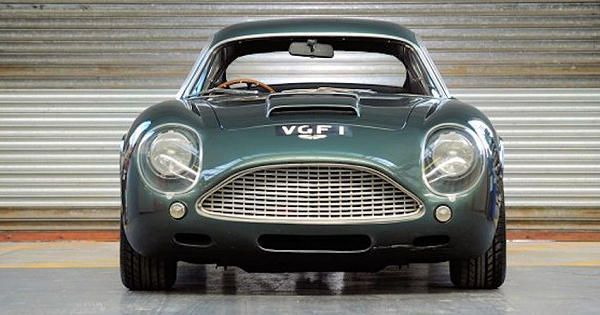