The Sapphire 234 and 236 were two cars identical in appearance but sold with different engines having different performance characteristics. The 234 could be purchased with wire wheels as an optional extra.

The 234 was produced from 1955 to 1958 and used a four-cylinder 2,290 cc version of the 346 engine. The transmission was a manual four-speed gearbox with optional overdrive.

A 100 mph car intended for the man who liked high performance. 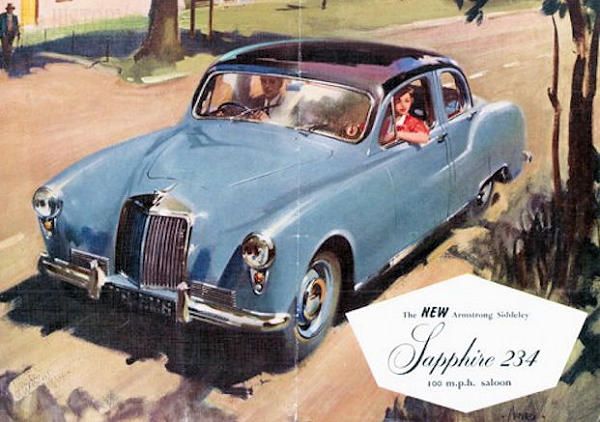