Automotive manufacturer of Buenos Aires.Argentina from 1983 to 1990. 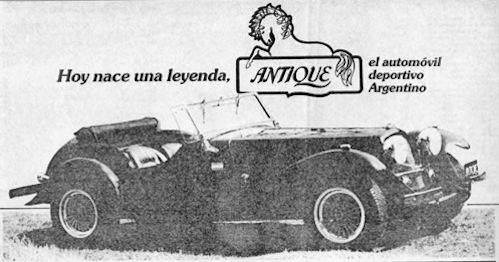 Eniak SA was an Argentine manufacturer of automobiles in the 1980s .

The company based in Buenos Aires began in 1983 with the production of passenger cars and pick-ups . The brand name was Eniak .  1990, production ended. In total, about 120 cars were built.

The first model appeared in 1983 the Antique . It was similar to the classic British Morgan . Made untill 1990  It was an open vehicle in the style of the 1930s. A water-cooled four-cylinder engine from Volkswagen with 1,500 cc displacement powered vehicles later 1,800cc avaliable.