Automotive manufacturer of Cordoba Argentina from 1960 to 1962. 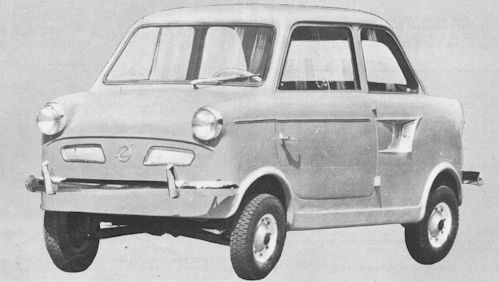 Dinámica Industrial Argentina SA was an Argentine manufacturer of automobiles in the 1960s .

The company from Cordoba announced in 1960 the production of automobiles, which then in 1961 started. The brand name was Dinarg . production.. In total, about  300 vehicles were built untill 1962 ended production .

The only model was the D-200 . This was a small micro car with a  two-seater coupe body with 2 suicide type doors. An air-cooled single-cylinder engine with 65 mm bore , 58 mm stroke and 191 cc capacity made 10  hp . The engine came from Sachs and was mounted in the rear (grills at front just for decoration), Gearbox gave four speeds in forward or reverse sounds fun .