American Motors downplayed the Rambler Rebel name in 1960. Rather than focus on the separate Six and Rebel models, as in previous years, emphasis was placed on the Rambler name and the trim levels, with the notation that each series was offered with "Economy 6" or "Rebel V8" engines. The 1960 model year saw the Rebel available with a lower compression 2-barrel version rated at 200 hp (149 kW).

The Rambler Rebel was all new, but retained the same styling concept. The front end featured a full-width die-cast grille, while the two-piece front and rear bumpers were promoted to cut repair costs. Station wagons with two rows of seats came with a conventional tailgate (roll down rear window and drop down gate) while three-row models received a new side-hinged door. All station wagons included a standard roof rack. 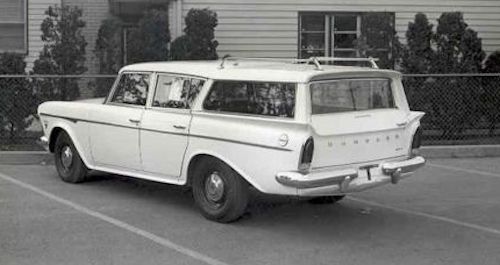