The Rover-Alvis P6-BS is a two-door,  mid-engine prototype coupe that Rover and Alvis jointly developed in 1967 (Rover had taken over Alvis in 1965) under the direction of Spen King and Gordon Bashford. A series production did not take place; it stayed with the prototype. The 'P6' name part as it uses the chassis from a rover P6 which also had the buick engine also the 'BS' was for Buick engine sports

The car was equipped with a removable roof and V8 engine of the Rover P6 , which had taken over from Buick Rover . This had a displacement of 3528 cc (bore x stroke = 88.9 mm × 71.7 mm), a central camshaft , hanging valves and developed 150 bhp (112 kW) at 5000 / min. This accelerated the vehicle up to 224 km / h. with two SU carburetors were visible behind the rear window under a transparent dome on the hood. The engine was slightly laterally offset in front of the rear axle, so that behind the passenger an emergency seat found room. 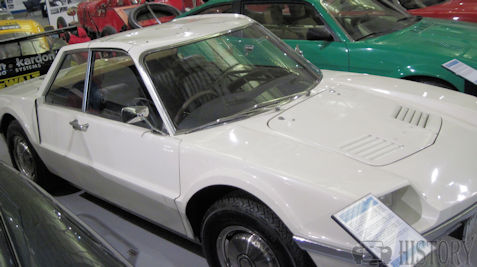 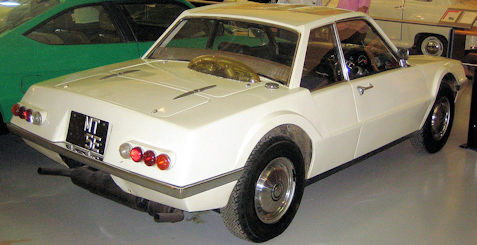