Common to all Alvis vehicles from that time was the six-cylinder in-line engine with suspended valves as well as the two rigid axles, which were suspended from longitudinal leaf springs. All models were available as touring cars, roadsters, sedans or convertibles.

With its larger width and the larger displacement engine of the SA for more comfort-oriented body structures was suitable, the narrower, lower-displacement SD, however, for sportier body structures, which also motorsport could be operated in the then popular 16 hp or two-liter class. Both engines received their mixture through three SU carburetors. The maximum speed of the car was 136 km / h.

In 1931 both models were replaced by the TB and SE . Their chassis had a larger wheelbase with 3010 mm and the vehicle length had grown to 4115 mm. The TB was equipped with the larger engine of the SA, which, however, had only a single Zenith carburetor. 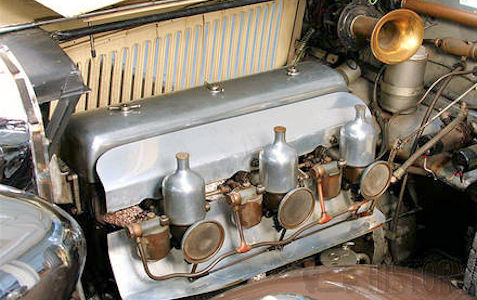 From 1932, Alvis sought to position itself with new six-cylinder models in higher market segments. The Speed ​​20 was a bit longer and much sportier, the 1933 added Crested Eagle and was much longer.

After the two new larger models had established, Alvis 1934 presented again a model Silver Eagle. The SF model took over the wheelbase and engine from the TB. However, the car length to 4255 mm and the width of the car had grown to 1588 mm and the engine was again ventilated by three SU carburetors. The top speed was now 120 km / h.

In mid-1935, the SF was replaced by the model SG . If the body remained the same, the engine had now 110 mm stroke, which led to a displacement of 2362 cc. This engine delivered 66 bhp (48.5 kW) at 4200 rpm. It remained with the three SU carburetors. The top speed remained unchanged.

In 1936, the series was finally replaced by the model Silver Crest . 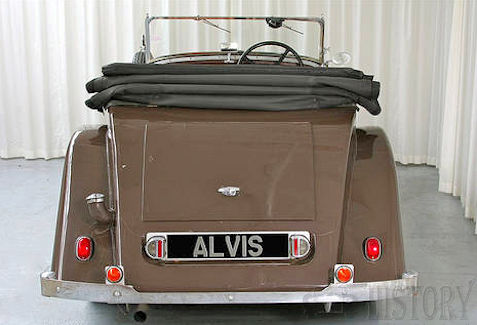