The car was available in four-door saloon and drophead versions It was an updated version of the TA 21 so the bodies style was essentially the same. The saloon bodies were made for Alvis by Mulliners in Birmingham while the drophead version by Tickford. 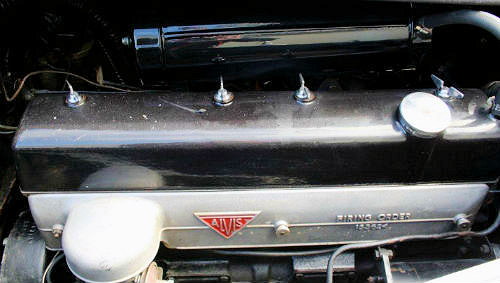 The 2,993-cc engine was upgraded to produce 100 bhp (75 kW) by modifying the cylinder head and fitting twin SU horizontal carburetors with 4 speed gear box Electrical system was a Lucas 12-volt type. Suspension was the same as the TA 21, independent at the front using coil springs with leaf springs at the rear both with Girling telescopic Shock absorbers and Burman Steering gear. The 11 in (279 mm) drum brakes using a Lockheed hydraulic system were also retained.

Alvis co., during 1953, introduced a new version of their well-known 3-litre car, called the Grey Lady. The modifications consist of an increase of the compression ratio from the standard 7.1:1 to 8:1 and the raising of the rear axle ratio to give a top gear of 3.77: instead of 4.09.Motoring with a maximum speed of 100 miles per hour, 85 miles per hour in third, and a petrol consumption of 22 miles per gallon at a constant 60 miles per hour.The new model can be distinguished by its additional air vents in the bonnet to permit more air to pass through the engine compartment and its wire Wheels of the Rudge Whitworth pattern with knock-off hubs.

Both saloons' bodies have also undergone several improvements. To increase rear-seat passenger visibility, rear quarter lights have been added. All door lights are now chromium-framed, and concealed door hinges have also been adopted. 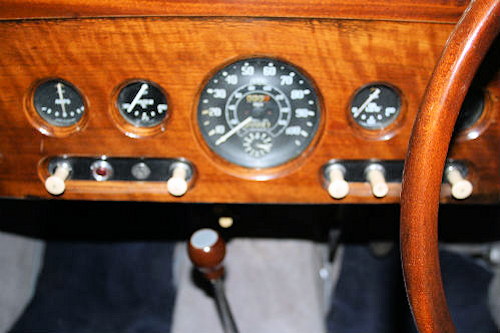 The door pockets have been enlarged, and the door locks have been changed to press-button models. The ash trays have been moved to the doors, where they are also out of any draughts, and the facia panel is now in one piece rather than being built up in portions.
Both the conventional TC21 chassis for the regular saloon and drophead coupé as well as the TC21-100 chassis for the new high-performance model have undergone a number of significant modifications for 1954. To boost cooling, the radiator core has been extended by 2 inches, and extensions have also been added to the front of the car to make it simpler to oil the steering box and idler lever.

The exhaust system has also been modified: a new two-piece manifold is connected to the take-off pipe by a spherical joint rather than a copper gasket, which allows for some motion as the engine moves on its flexible mountings. The exhaust gases are then directed away through dual silencers with tailpipes on opposing sides of the chassis after the take-off pipe splits at its base. The form of the fuel tank has been changed at the back of the vehicle since it was discovered that the broad, shallow tank that was previously installed allowed fuel to rush away from the takeoff while the vehicle was braking or accelerating suddenly. As a result, the new tank is smaller and deeper.
The spare wheel tray has had to be slightly modified as a result of the gasoline tank's change in shape. Front fog lamps were also a standard fitting as is the heater but the radio was an option. 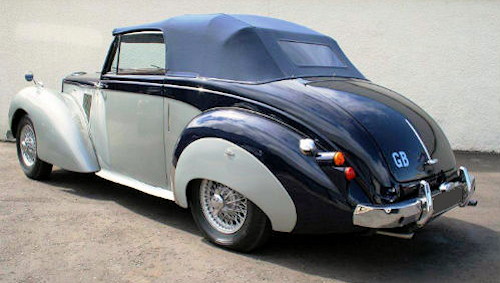 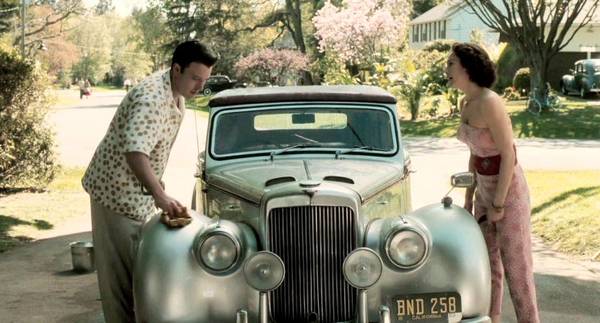 Alvis TC 21 in The League of Gentlemen, Movie, with Richard Attenborough from 1959 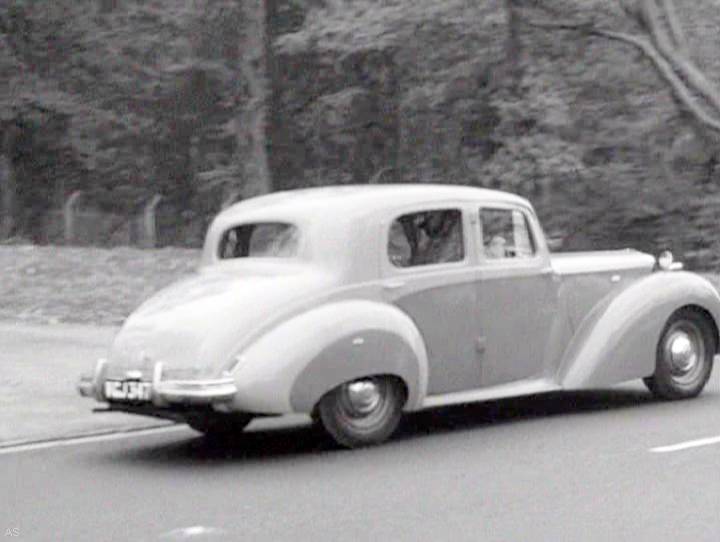