The Alvis TE 21 presented in 1964 was also called "Alvis Three Liter Series III" in some advertisements. This designation is not unjustified, because the TE 21 was a further development of the TD 21 Mark 2. Technically and visually, the new car largely corresponded to the previous model. Externally, the TE 21 could be recognized by the double headlights arranged one above the other, a design element that Hermann Graber had been using for his special bodies for years. The TE 21 also received factory steel disc wheels with hubcaps, replacing the spoked wheels on earlier models. Engine and driving performance had increased again to 130 bhp (96 kW) at 5000 rpm, or 179 km/h.

The body was a modified version of the TC108G, designed by Graber of Switzerland and constructed by Park Ward, with twin headlights mounted one above the other. There were two models available: a saloon and a drophead. The lack of bright side trim or creases formed into the body components was highlighted in the design. The windshield was made of a single piece, was curved, and had a moderate slope.

The 2993 cc engine, first used in the 1950 TA21, received a modified cylinder head and manifold which increased power to 130 bhp (97 kW) at 4000 rpm giving the car a top speed of 107 mph (172 km/h). A choice of automatic or five speed gearbox made by ZF was available. Suspension was independent at the front using coil springs, with leaf springs at the rear. Disc brakes were fitted to all wheels. 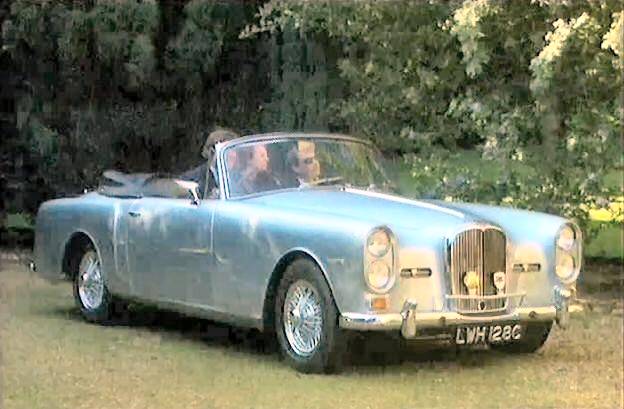