The Alvis Speed 25 was a British touring car made between 1936 and 1940 by Alvis Ltd in Coventry. Widely considered one of the finest cars produced in the 1930s it replaced the Alvis Speed 20. The earlier car’s six-cylinder, four main bearing engine was replaced in the Speed 25 with a similarly designed larger six-cylinder in-line unit with seven main bearings for which an output of 110 PS at 3,800 rpm was claimed (and proven) along with a top speed of almost 160 km/h (100 mph)It propelled the occupants at high speed in exceptional luxury accompanied by the attractive sound of a powerful deep and throaty exhaust. 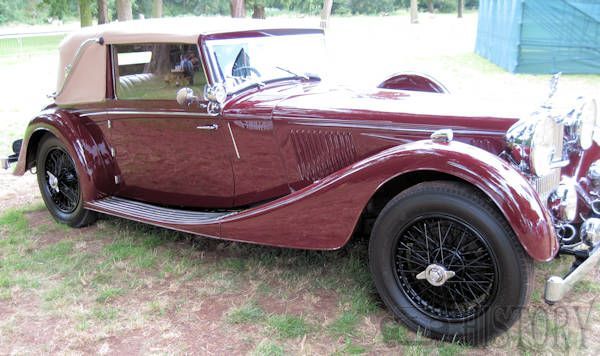 The clutch, flywheel and crankshaft were balanced together, which minimised vibration. The cylinder head was of cast iron but the pistons were of aluminium. Two electric petrol pumps fed the three SU carburettors, which were protected by a substantial air filter.

Alvis never supplied any of the bodies for the Speed 25; the cars were supplied in chassis form and firms such as Cross & Ellis (standard tourer) Charlesworth (standard saloon and Drop Head Coupé) as well as Vanden Plas, Lancefield Offord and others would fit suitably elegant open touring or saloon car bodies.

The car was built on a heavy steel chassis with a substantial cross brace. With its sporty low slung aspect, all-synchro gearbox, independent front suspension and servo-assisted brakes, this was a fast, reliable and beautifully made car, although at almost £1000 it was not cheap. The survival rate for what was after all a hand-built car is surprisingly good. Later models featured increased chassis boxing, and to reduce the car’s weight Alvis cut numerous holes in the chassis box sections, which was also a solution tried less successfully earlier in the decade by Mercedes-Benz when confronting the same challenge with their enormously heavy Mercedes-Benz SSKL. 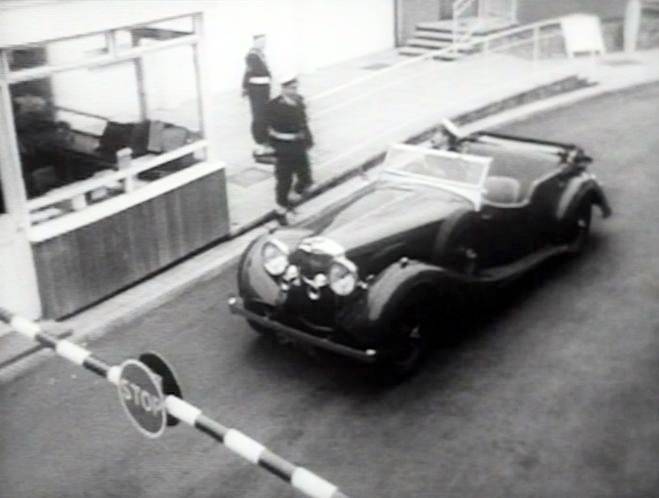