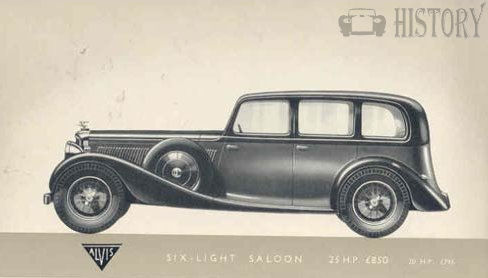 Earlier models had single Solex carburettors in place of the triple SUs on the sporting cars, but later examples had the familiar multiple arrangement. Independent front suspension was used for the first time since the FWD, featuring a massive transverse leaf set across the chassis and wishbones mounted underneath. The chassis was set higher than on the "Speed" models, without the pronounced drop. Initially ENV preselector gearboxes were fitted, but from 1936 these were discarded in favour of the all synchromesh Alvis unit. Brakes, rear axle and steering box came from the middle thirties parts bin, along with the engines. An imposing tall, tapering radiator complemented the more upright bodies. 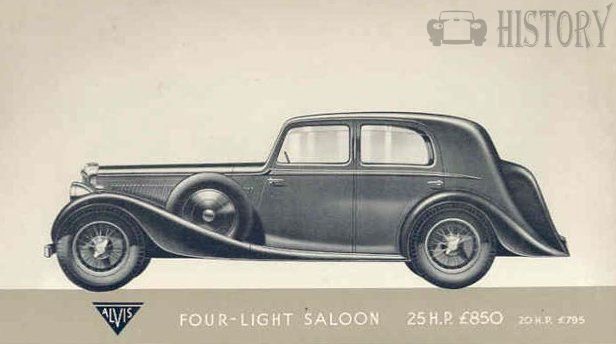 The familiar "jelly mould" wheels and knock-on hubs completed the ensemble. An astonishing variety of coachwork styles appeared on this long-running and successful model, from formal 6 light limousines through 4 and 6 light saloons and elegant 4 light semi "razor edge" limousines, sedanças de ville, to drophead coupés and even a few tourers. Bodies were roomier than those on the more dashing "Speed" models, very comfortable and well appointed. The bigger engined Crested Eagles were no mean performers for their day, capable of 85 mph, and handled well too. Production totalled around 650 examples, a high figure for a car costing £750 to around £900. If these figures seem low, remember that the average annual wage for a working man was about £200! 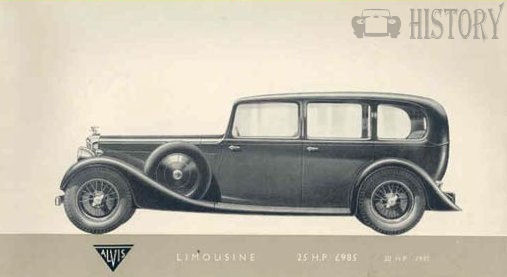